The Miz - Not Making Any Further Progress By Shaun Nichols 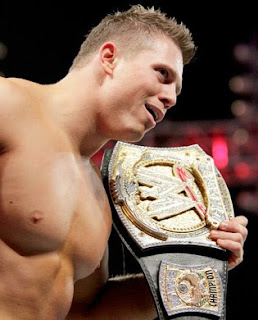 I read with interest the thoughts of Captain Obvious and by the end of it was completely lost with the idea that the Miz is any further forward in his WWE career then he was six months ago. I will agree that the Miz is a strong promo but then again he's been strong on the microphone for most of 2010. What he hasn't managed to overcome is that he cannot still be considered as a main event wrestler.
He's been badly let down by some very poor booking decisions, over the last few months the WWE have been obsessed in protecting John Cena and Randy Orton which ironically are the two wrestlers who could afford the odd major loss while keeping their spot at the top of the card. The Miz very much like Jack Swagger during his ill fated title run needs to be protected more than any other wrestler. He needs a number of strong title defences, when he wins he needs to do so in a highly convincing manner and in a ideal world needs to beat guys like Cena or Orton clean in the middle of the ring.
Instead he's mainly booked as an incompetent geek that get's regularly outsmarted and only survives due to the outside interference of Alex Riley. People might refer to heel champions like Ric Flair regularly using anything or anyone to keep their titles. However the people buying tickets or PPV's also believed in Flair as a champion and even if he lost by a cheap DQ, he was not coming across as a champion that couldn't draw and often his challengers came out of feuds in a better position with the fans even if they were unsuccessful.
The Miz in comparison as basically been given one major victory as champion which was the Falls Count Anywhere against John Morrison, which fails on two levels. Firstly Morrison is seen distinctly as an upper midcarder and secondly the WWE decided to put this match on first, when surely a WWE Championship match should be the main event of that weeks Raw show. The fact that it wasn't gives us a clear indication that the WWE do not see Miz on the same level as Cena or Orton. As a result the fans follow suit and therefore he's not over to the extent that he should be. His feud with Orton as done nothing to elevate him and although he's kept the title it is very obvious that Orton is the one that the bookers are protecting.
The Miz will defend against Jerry Lawler at Elimination Chamber in what could be a pretty fun encounter, the fans reacted big to the Lawler angle and Jerry is smart enough to know how to maximise his opportunity. Everything should scream that The Miz should destroy Lawler and have a very dominant title defence after all Lawler doesn't need to be booked coming out of the show still in the title run. The likelihood is that The Miz will still resort to having to rely on Alex Riley or even more likely Michael Cole to cost Lawler the title. He'll come out of the show as the window dressing in the Lawler-Cole feud. Cena will beat him at Wrestlemania for the WWE title and the critics will say that he failed to take his opportunity to be a bona fide main eventer, the truth is that the WWE is failing to make him the main eventer by poor booking decisions.
Posted by WrestleFigsUK at 19:26