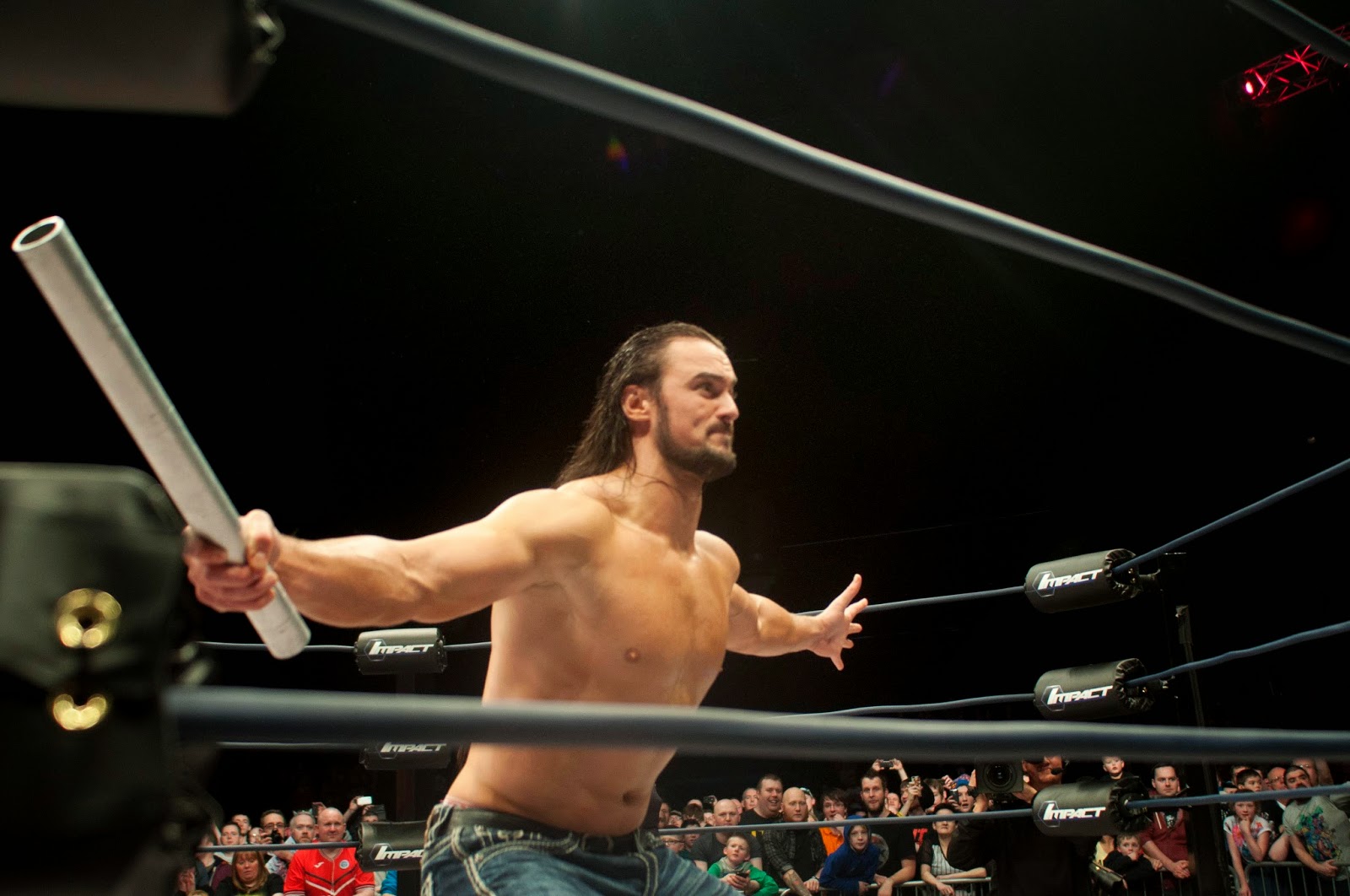 When the final episode of Impact Wrestling aired on SpikeTv last year, fans in the UK were concerned about what might happen regarding the Maximum Impact Tour and the future of TNA itself in 2015.

Despite not having a television product in America, in the UK however, Challenge TV, treated fans and kept them interested in the TNA brand by presenting with the second series of British Boot Camp.

This second outing is regarded by fans as widely superior setup to the previous series. With a new format to the show, this proved to be more successful in demonstrating the variety and the depth of talent that the UK had to offer also with Jeremy Borash and Rockstar Spud on commentary, who were passionate in the words for the praise they gave the wrestlers.

Even towards the end of the series, British Boot Camp did everything it could to make sure fans were aware that TNA was coming to the UK in 2015. A prime example was when Grado challenged one of the judges, Al Snow to a match in his home town of Glasgow after he was let go from the competition.

Alternatively, the three finalists, Mark Andrews, Kay Lee Ray and Rampage Brown en route to the final had matches with the stars from TNA and looked every bit as there equals during the bouts.
The finale saw Mark Andrews winning the contract to become a TNA Star, and that was when any doubt that fans may have had about the company continuing were laid to rest.

Dixie Carter had this to say about the UK tour and the fans "Our fans across the UK know TNA for the unmatched professional wrestling we deliever each week on Challenge. We are thrilled to once again showcase internationally through our flagship program, Impact, the energy and excitement of the rowdy UK crowds by televising all three of our MAXIMUM IMPACT 7 events in Glasgow, Manchester and London. After the incredible energy the UK fans gave the IMPACT shows broadcast from these three cities this past January, I decided we had to try and raise the bar even higher in 2015. Several talent such as Lashley, Bram, Angelina Love and TNA Knockouts Champion Taryn Terrell will be making their first appearance on a TNA UK tour or returning after several years' absence"
As a fan who attended the Maximum Impact Tour in 2014, I was keen to see if there would be any differences this year.

The Fan Interaction session was alot more organised this year and more planning had been done to make it run smoother. The fans got to speak to, have autographs and photos taken with, Gail Kim, Angelina Love, So Cal Val, Mr Anderson, Bram, Samuel Shaw and Matt Hardy. It must be mentioned that all the stars were on fantastic form and were entertaining from start to finish.
As the interaction finished, fans only had to wait an hour, or for fans who arrived earlier to the show, were greeted by five finalists of British Boot Camp, Mark Andrews, Kay Lee Ray, Noam Dar, Grado and Rampage Brown.

The five stood with the crowd, taking selfies, answering questions and autographs for fans as well. This was a brilliant touch by TNA who recognised that the fans would enjoy this way to talk to there stars better for a better interactive experience.

For fans who got to the seats early or were close to the ring got to meet, TNA President Dixie Carter who was fantastic to talk to and took every chance to interact with the crowds.

The show started with a brilliant tag team match featuring Kay Lee Ray and Noam Dar facing Gail Kim and Rampage Brown, the Hydro crowd were cheering for more when the ICW regulars Ray & Dar triumphed in a hard fought bout that demonstrated that the three British Boot Camp finalists were ready to compete on the main stage.

From there fans were entertained by an amazing wrestling match between Austin Aries and Bobby Roode that paved the way for a segment between Kurt Angle, Bobby Lashley and MVP.

The matches continued when Bram destroyed Crazy Steve, Awesome Kong dismantled Madison Rayne, a great bout in three on two match between Tryus and EC3 against Rockstar Spud, Mark Andrews & Jeremy Borash that saw highflying highlights from Spud, Andrews and even Borash himself. The first part of the show closed with the main event having Samoa Joe & MVP defeat Bobby Lashley and Kurt Angle.

Inbetween the matches, it has to be said that So Val Cal and Jeremy Borash were fantastic at keeping the fans entertained.

The next part of the show, the fans witnessed a brutal Street Fight between Eric Young & Tommy Dreamer. There was a Knockouts Championship match that saw Taryn Tarrell face Angelina Love and even had an appearance from Awesome Kong and Gail Kim that excited the fans.

Matt Hardy was later saved from an onslaught by all the members of The Revolution as The Wolves intervened and left the fans wanting more.

But the next segment had fans in awe, (only the second biggest surprise of the night) as Mickie James arrived to the ring and had a verbal showdown with Bram. Then the fallout of the EC3/Rockstar Spud feud added another TNA star to the mix, Mr Anderson, there was indeed a "scalping" that had the crowd shouting with delight.

Next was the twenty man gauntlet match and it was an explosive bout seeing Kurt Angle, MVP, Kenny King and Austin Aries all having key roles in the chance to become the No1 Contender for the TNA Heavyweight Championship.

And finally, the last match witnessed Grado against Al Snow, it was a good match that both men delivered and Grado would defeat the man who would refuse to shake his hand on British Boot Camp but at the end of the bout the two would join forces to leave the crowd with a happy ending...
Or so it seemed, as they stood with the crowd cheering, all the members of the Beat Down Clan invaded the ring and attacked. The cheers turned to venom as the fans witnessed there hero and his ally being assaulted, then suddenly a hooded man entered the ring with the steel pipe and chased the attackers away, it was Insane Championship Wrestling World Heavyweight Champion Drew Galloway much to the shock and amazement of the crowd.

The three men stood tall in the ring as the fans chanted ICW and on this night, there was no better way to end this event and conclude the storyline left open at British Boot Camp to make it a success for everyone involved.

Overall, it was amazing to think that a year ago, TNA hid the ICW chants from fans. This year, they embraced and welcomed those reactions from a red hot crowd as the company at least for a short time has an alliance with the well known Scottish Wrestling Company. It shows that within a year the growth and maturity Impact Wrestling has developed, even recently they have named other wrestling companies on Tv, acknowledging the wrestlers histories, and this shows that a new beginning on Destination America really is an exciting new e
ra for the company and their fans.

Posted by WrestleFigsUK at 10:37 No comments: