In November 2013, Dixie Carter stated in an interview with Sports Illustrated that TNA “has been cash flow positive for the last four or five years”.

I’m no economist, so I thought I’d try to find out what “cash flow positive” means.

“Normal situation where the cash inflows during a period are higher than the cash outflows during the same period. Positive cash flow does not necessarily means profit, and is usually due to a careful management of cash inflows and expenditure. Persistent and large positive cash flows may indicate the firm is not keeping enough stocks of raw materials or finished products, and might be losing sales due to shortages.”

A lot of this confuses me because, while I’m not an economist, I’m also not the CEO of a wrestling company and don’t know “how things are done”.

However, what I DO know is that Dixie didn’t use the word “profit”. As the above definition suggests, just because a company is cash flow positive, it doesn’t make it profitable.

TNA’s yearly outgoings could be, say, $5M – but if they’re only taking $3M, then how are they making up that $2M just to break even?

Let me think…Loans? Or could it be “The Bank of Daddy”, Dixie?

Well, Dixie then went on to say;

“After that point, Panda (Energy) stopped putting money in the company”.

Ummm, OK, so a company invests its money into a new venture for four or five years, just stops pumping money into it when it becomes profitable? Am I the only one who thinks this makes no sense?

Why on earth would you stop investing your money into a profitable organisation? Surely you’d invest more, with the aim of obtaining a bigger return on investment?!

If TNA were so cash flow positive, then why would Universal Studios grab them by the scruff of the neck and escort them off the premises?

Wouldn’t Universal be begging TNA to stay, if they were such a successful company?

So, TNA decided to go on the road from January 2014. What happened next? Five months later, TMZ Sports reports that Spike would not be renewing its deal with TNA.

After all, a cash flow positive company suggests that its successful – and in this case, TNA would be quite prosperous.
Sponsors would be queuing up to pay for ad time during peak hours, given that TNA’s ratings are so high, as a result of such a groundbreaking and original product.

I have no problem with TNA and I really hope that things change for the better.
The industry in America needs more than one successful company, so that viewers and fans have something to look forward to watching.

I also hope TNA stays in existence, as its not nice to see and hear about talented Wrestlers being out of work. Sure they can explore the indies, but lets face it – being on national and global TV is a dream for all of them.

I’m glad TNA are exploring the UK and showing a genuine interest in the talent out here. However, if the winner of TNA British Bootcamp 2 is to be a success out in the states, he/she will need a massive amount of attention, i.e. vignettes, mic time and a respectable gimmick.

Let’s hope Dixie can make fans feel more positive about the company.
Posted by WrestleFigsUK at 22:09 No comments: 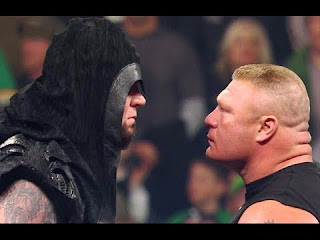 I guess it’s now safe to say that the butthurt over Brock Lesnar ending the Undertaker’s streak has passed.

Even now I cannot understand what all the fuss was about. Granted, Mark Calaway will go down as one of the greatest Sports Entertainers of all time, but the IWC’s reaction to his Wrestlemania loss is and was beyond pathetic.

For years Wrestling has taken its fair amount cheap shots and endless criticism from “non believers” (its still real to me dammit!), and the PG era hasn’t done much to ease off the “its fake” jibes.

So the moment Vince – or Mark Calaway himself, as many rumours suggest – decide to end the streak in a legitimate manner, people lose their shit!

OK, I get it, the Undertaker is “The Phenom”. He’s supposed to have superhuman powers. No one is supposed to beat him cleanly.
All of this worked in the early 90’s because it was original. The bookings were very well done and the character made kids (myself included) shit themselves.

Times have changed. Most fans are smarks and don’t appreciate being patronised by unimaginative script writers who produce predictable, mundane storylines.

Some were angry because they wanted CM Punk to end the streak. They thought he and Daniel Bryan were the future of the company. Well, we all know how that panned out, don’t we?

So, who else could have ended “The Streak”? Some time ago (around 2 years ago), on this very web page, I suggested a storyline between Taker and Dolph Ziggler (link here: http://tinyurl.com/ZigglerAndTaker).Unfortunately, Ziggler’s career has taken a nose dive and he’ll probably be future endeavoured next year.

Who does that leave then? Orton? Seamus? Batista? Big Show? God forbid Super Cena ends up being the one to take the title from Brock.
Roman Reigns is still green at the moment and is nowhere near to being a main event guy, so who else could it have been??

It had to be Brock Lesnar. There was no other option. It was a no brainer. I mean, why wouldn’t you have the toughest bloke on the roster beat the Undertaker?!

He is a former UFC Champion for starters, so I don’t think you can get more bad ass than that.

Also, many fans will remember that Lesnar was in the WWE prior to joining Dana White’s MMA platform. Therefore, it’s more than likely to rekindle interest in the company of those who lost faith a while ago.

For those of you who are saying “but, but, he’s never on TV. He only turns up every now and then” – so what?! I would rather see Brock Lesnar make an appearance on TV maybe 2 or 3 times a month, as opposed to every RAW and Smackdown.

You people forget that as RAW is 3 hours long, one F5 from Lesnar will be replayed 9-12 times per show! Then there’s Superstars and all the other recap shows.

His character becomes stale and people lose interest and on top of that, by bringing him on TV from time to time keeps him relevant.

I’m pretty sure most of the guys in the locker room could kick the shit out of Mark Calaway in a real fight. After all, here we have a 49 year old man in a 65 year old’s body – but for legitimate (there’s that word again) purposes, Brock Lesnar was the only realistic choice.
Posted by WrestleFigsUK at 13:09 No comments:

It's Just a TV Show 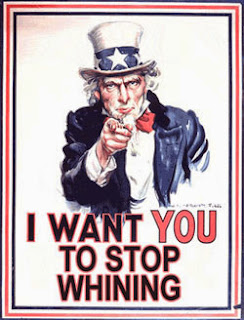 I don't watch the current WWE product but I do listen to many podcasts that cover that product. The podcasts are presented by fans as well as people that have been involved in wrestling in the past, I am not going to name names, I run a podcast myself covering the UK/independent wrestling scene and I know I have my faults so I am not going to bring trouble on myself for no reason but I just needed to write something because some of these podcasts read into things just too much.

I mean they pick a part bit by bit a whole 3 hour episode of RAW and I am like, why bother, I understand you have to give some thoughts for your listeners but ranting about it for 30 mins plus just makes me wonder.

I watch a lot of UK/independent wrestling of course and yes, I may see stuff I don't enjoy but I know one thing for sure, I wouldn't read too much into it and get myself all worked up about it.