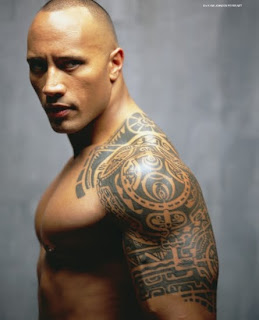 So 2.14.11 we got to find out who will be hosting Wrestle Mania XXVII, I blogged it would be Vince McMahon himself but fair play to him, he came through for the fans and it was of course - The Rock Dwayne Johnson. The social networks (twitter/facebook) exploded with grown men marking out for The Rock appearing and cutting an amazing promo. The guy had been away 7 years, it was like he hadn't been anywhere. The Rock indeed set the seeds for numerous upcoming angles in the WWE, talked about The Miz which isn't too surprising as he is the resident annoying heel champion in the promotion but what was surprising was he turned his atteniton to the man who has been 'talking trash' - the one and only super baby face John Cena. I don't know where this will lead, maybe a match maybe not. One thing The Rock said other than his usual catchphrases etc. was he was going to be "sticking around" so maybe we could actually see a return to the ring for the 'Great One'.

Looking good for the WWE, they didn't let the fans down for 2.14.11 but what about next week, 2.21.11 - will the WWE come through for the fans again and have the 'mystery man' be revealed as Sting or will it just be The Undertaker which is basically the main thought of the internet right now?