Why CM Punk Needs The Win At WrestleMania By Chris Stanley 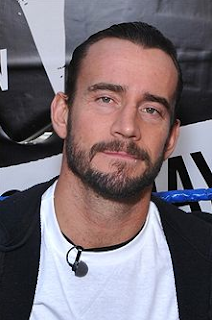 Anyone who knows anything about wrestling today know the name CM Punk. He needs no introduction. And anyone who knows anything about CM Punk knows that he’s the guy who worked his ass off to be where he is today, going from independent wrestling circuits, wrestling in high school gyms with a phantom mic, to wrestling for the indy company Ring Of Honor where he had the epic Summer of Punk, and finally into a marquee matchup at WrestleMania 28 as the WWE Champion. But CM Punk is also a guy who doesn’t settle for second best. In anything he does. CM Punk isn’t just a guy who wants his name to go in the history books of wrestling next to legends like Hulk Hogan or The ‘Macho Man’ Randy Savage. Names like Shawn Michaels or the Undertaker, Stone Cold Steve Austin or Triple H, to name a few. He doesn’t want to be remembered as ‘on of’ the best wrestlers ever, CM Punk wants to be THE best ever. Or as he would say, the Best In The World.

What sets these wrestlers apart from CM Punk. Punk is a multiple time champion, including runs as the ECW, Intercontinental, World Tag Team, and even the World Heavyweight and WWE Championships. With a resume like that anyone could easily say Punk is a future Hall of Famer, but not quite the best. The one thing Punk is missing is that true and defining WrestleMania Moment. All of the names above and so many more have had their moments in history, some more than others. But CM Punk has yet to have his one defining WrestleMania moment. He’s had great matches at past WrestleMania’s, sure. In fact, he’s still the only repeat winner of WrestleMania’s Money In The Bank Ladder Match, winning the event at WrestleMania 24 and again at 25, a match I saw personally. He took the high flying Rey Mysterio to the edge before falling to him and the following year wrestled a near perfect match against The Viper, Randy Orton, before making a fatal mistake and leaping from the top rope into a devastating RKO. But none of the moments truly stand out.

This year is different. This year, for the first time in his career CM Punk is entering WrestleMania as the defending WWE Champion and is on the hottest streak in his amazing career. People still talk about his epic promo in the summer of 2011 leading up to the Money In The Bank PPV. And his match against John Cena at that PPV, when he ‘left the company’ with the WWE Title, was hailed as a 5 Star Match to those who care about rating matches. It was this promo in which he started calling himself the Best In The World, and he was out to prove it. He suffered a small setback, losing the title for a short time before regaining it at Survivor Series and he hasn’t look back since then. He had another top notch match at the TLC retaining his title against The Miz and Alberto Del Rio in the PPV’s namesake, a TLC Match. January saw Punk face a new challenger in Dolph Ziggler who he beat at the Royal Rumble PPV, then February brought the match that would truly test Punk’s metal. He was forced to defend his prized possession in the destructive Elimination Chamber against the likes of Dolph Ziggler, Kofi Kingston, R Truth, The Miz and the returning Chris Jericho. But it was the Straight Edge WWE Champion who would win the day and again retain his WWE Championship.

Which for Punk, meant going to WrestleMania, but who would be his deserving challenger. A new story unfolded as Chris Jericho revealed his master plan to reclaim the title Best In The World, or as Jericho would say, ‘the best in the world at what he does.’ Chris felt that CM Punk had stolen the name from him and wanted it back, and he would stop at nothing to get it from him. So the stage has been set for WrestleMania 28. CM Punk vs. Chris Jericho. Best In The World vs. Best In The World. And as usual, Jericho has done some digging and found dirt on various members of Punk’s family, claiming Punk’s reasons for turning Straight Edge are due to his father being an alcoholic, claiming his sister in an abuser, and that Punk himself is a bastard, having been born before his parents were married. But the stubborn CM Punk insists this will not deter him from leaving WrestleMania as the conquering champion. Their war on the social network Twitter has been a back and forth battle for weeks and months, each one taking shots at the other.

The question, however, remains the same. Who is the Best In The World? CM Punk needs this match. And more importantly, he needs to win this match to validate his claim to being the best wrestler in the world. Chris Jericho has already had a Hall of Fame worthy career full of defining moments, including a few standout WrestleMania moments. But if CM Punk can overcome the odds once again and take down his Lionhearted challenger, if he can beat a man who is already a legend in the wrestling industry, CM Punk will be one step closer to truly being the Best In The World. Will CM Punk be just another notch on the belt that is Chris Jericho’s storied legacy, or will CM Punk finally have his defining WrestleMania Moment?