A look at Great Bear Promotions by @DMC316 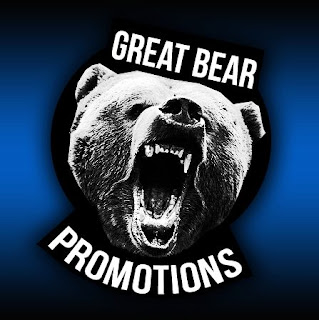 March 25th 2012. That is the date that Great Bear Promotions debuted in large room in Cheshire, and they called the event Battle Kingdom. Debuts make for exciting times as a group tries to make an impact with a product and hope to succeed, while fans watch in anticipation of finding entertainment that they want to support. So how did GBP fair on this scale? Unfortunately a review of the entire show is not possible, but we can take a snapshot from the event with a look at an International Challenge match. Let’s not waste time.

Hailing from Atlanta, Georgia, Jonathan Gresham is one of the best performers on the independent circuit. As he tours around the globe he wins over crowds in every venue he graces from Germany to France and of course, England. His presence on the card really raises the calibre of GBP’s roster. In the other corner is Chris Brookes who, after keeping busy throughout the midlands, is now starting to breakout and make his name known. Through self-promotion and hard work he earned appearances at the esteemed Fight Club: Pro promotion and he now sees a great opportunity in going toe to toe with such a strong name. Brookes will no doubt give his all to keep up with Gresham and prove his worth.

The duo began trying to outmaneuver each other with some very technically sound wrestling. It was a style reminiscent of the World of Sport wrestling as each man tried to apply and escapes holds in a way that makes wrestling look like an art form. The audience became immersed in the match and could not refuse to applaud every time that one of the pair got the upper hand. In only a few minutes Brookes and Gresham had gained the audiences respect. This was wrestling. The tide would turn when they resorted to strikes and two would then begin to take out other weapons from their arsenal. Brookes harboured great ability with his feet while Gresham’s advantage came from his arms in the form of chops and forearms. The two would trade tough shots that earned audible reactions from those in attendance. The match built as the pace quickened and the pair started delivering stiffer strikes before reeling off some of their more impressive moves. The combination of a Jawbreaker and Cutter (or a Stunner and RKO) will forever be in my heart. While being no less hard hitting, the two would continue to show technique with clever reversals and pin sequences that would excite the crowd. It would eventually only require Gresham to lock in an Octopus Hold on Brookes to earn himself a convincing win by submission.

Gresham would of course receive a strong ovation from the crowd who had witnessed a great wrestling match. Gresham then offered his hand to Brookes in respect to his strong showing, a sentiment echoed by the audience’s applause. Brookes would accept the handshake and exit before Gresham took his final bow at the end of a match which, if it is any representation of the show as a whole, speaks very well for the event. 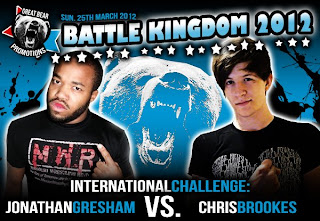 A certain author of a certain article would have happily paid seven English pounds to see Gresham vs. Brookes alone, but that was only a fraction of what GBP put on offer. Other appearances included an assortment of champions with veteran Damon Leigh appearing as a former GPW champion and Sam Bailey headlining as a former NGW champion. Others brought a touch of international experience with a name like Pete Dunne having wrestled in Poland and Spain, while Benham Ali has been sharpening his trade in Japan. And worth special mention is Jack Gallagher, the man who kept up with and earned high praise from Ring of Honour Champion Davey Richards. The preceding still only covers half of the talent that Great Bear Promotions promote.
After reading the above one would assume that the show didn’t disappoint, and the Twitters and Facebooks would seem echo that point of view as fans and talent alike have voiced a positive reception towards the show. The general consensus is that, if and when GBP present another event, the people will return.

This leaves you with two courses of action and both involve getting connected to ‘Great Bear Wrestling’ on Facebook or @GBPWrestling Twitter or just plain bookmarking www.great-bear-promotions.co.uk . Then you can keep watch for the release of the Battle Kingdom 2012 on DVD which not only houses the great match reviewed above, but offers five other matches for your viewing enjoyment. Then your eyes can keep a lookout for their next showing which should look to build on their initial success and see them reach greater heights.
Posted by WrestleFigsUK at 09:33