FCW: Who Should You Believe? by Jimi James 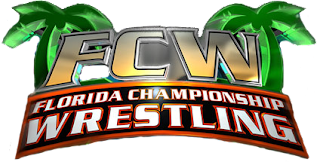 Around midnight on 3/20/12, news broke of the demise of Florida Championship
Wrestling. It was reported that the television deal with Brighthouse Network was nixed effective immediately, but was allowed to air 3 weeks of episodes that have already been filmed (the 3/25/12 episode is not on YouTube as of this writing). As the news broke, fans took their backlash to Twitter, causing FCW to trend almost immediately. We know when things related to WWE trend on Twitter, WWE takes notice.

During business hours on 3/20, WWE.com issued a statement from the office of WWE COO Robert Levesque, aka Triple H. The statement disproved the rumors, stating the closing of FCW was completely false. The statement also said there would be announcement about the future of WWE developmental coming in the weeks following WrestleMania. WWE employees took to Twitter to say that the "Dirt Sheets" got another one wrong.

FCW became the developmental territory of WWE in 2007, removing all interests from OVW, based out of Louisville, KY. This move was the decision of John Lauranitis, who at that time was the Vice President of Talent Relations. This decision was not the best in regards to developing future main eventers in WWE. Since FCW became the sole developmental territory for WWE, more mugshots have come from FCW than main event talent. DUI's became a huge problem and talent, no matter how experienced, came up to WWE unprepared and most went back down or released outright, with only a few still holding roster spots currently in WWE.

When Triple H officially moved into his role as WWE COO and the eventual successor to Vince McMahon, Lauranitis was moved into a TV role and reportedly removed from the position of VP of talent relations. WWE reportedly posted a job opening for the VP position. The reason for this is because Triple H, like the rest of us, is not a fan of Lauranitis.

Triple H is also not a fan of FCW, no matter what he tells you. It is reported that he feels the production and presentation of FCW television is an embarrassment to WWE. Which is why the deal with Brighthouse was nixed, feeling that WWE can do better. He feels that all the failures of FCW fall square on the shoulders of Lauranitis, since he is responsible for FCW becoming the sole developmental territory and signing all talent currently on the FCW roster.

It is also reported that since the rumors of FCW's closing and the fan backlash, Triple H has no idea what to do about FCW. FCW's fate lays solely in the hands of Triple H, and no one else. The announcement that is coming after WrestleMania, could still state FCW is closing. If the announcement is that FCW stays open, I believe it is safe to say that it won't be the same FCW that fans have been watching since 2007.

Now, here is my take. I'm not writing this to be doom and gloom. I do have faith in Triple H in his current role of COO or whatever he is in the offices of World Wrestling Entertainment. Triple H does have a good mind for the business, even if his past suggests that he would rather put his friends over than those that deserve it. Triple H does understand the importance of developmental. Even if FCW's future is in doubt, the future of developmental is not. I just don't want to see NXT or Superstars become developmental, it needs to remain a separate entity.

My problem is that WWE ended the relationship with Brighthouse too early. WWE Network, where FCW could be aired, isn't even close to being ready for launch to cable providers. The news of FCW's TV deal is why I never believed Triple H's follow up to the rumors of FCW closing.

Moral of the story, believe the "Dirt Sheets" you trust. Use common sense. But, always remember, in the world of Pro Wrestling, anything can happen. If you are a fan of FCW, show your support. Make it known to WWE what you want. We are less than a week away from WrestleMania, not a lot of time to rally for a stay of execution for FCW, but it can happen.

-I would like to credit Wrestling News World for providing the facts that have backed up my feelings on this news since it broke.
Posted by WrestleFigsUK at 14:28