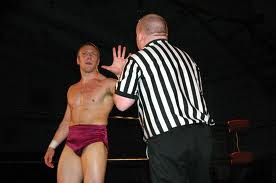 So your sick of "Sports Entertainment"? You love Pro Wrestling for the Sport/Abilities/Acrobats? There are many promotions across the World I can recommend but your 1st stop should be none other then Ring Of Honor. What is now considered as the #3 Wrestling promotion in the Country was once just an experiment of sorts, just a gathering of great talent for a 1 time deal if you would. In February 2002 ROH hosted an event at the Murphy Rec Center in Philadelphia PA, the home of Extreme and more so ECW which sadly by then was no more. There was talent the likes of Jay Briscoe, Amazing Red, Super Crazy and the legendary late great Eddie Guerrero, but what really made this show was the epic Triple Threat Main Event between American Dragon Bryan Danielson/Christopher Daniels and Low-Ki. Now when I 1st saw this show "The Era Of Honor Begins it was around spring of 2005 and I knew Danielson and Low-Ki by name only but was familiar with Daniels who at the moment in my opinion was 1 of the top 5 in the world, who knew how great all 3 would turn out to be. Ive seen many of triple threats before but none turned of to be as awesome as this! The 3 combatants went hold for hold toe to toe and all exchanged sweat and tears to a epic conclusion as Low-Ki came out victorious in this grand battle. It would take me literally a few days to go through the history of ROH but it wasent to long after their Feb 02 debut for Wrestling Fans to see there was finally REAL Pro Wrestling in America once again! A company that booked for the fans and not littered with retarded comedy to amuse themselves, nothing but balls to the wall Pro Wrestling at it's best! The biggest legends in Japanese history have made their presence in a ROH Ring, names such as the late great Mitsuharu Misawa/Kenta Kobashi and Jushin Thunder Liger, they only added greatness on top of greatness.

Any comments, hit me up on twitter @YakuzaKickHurts
Posted by WrestleFigsUK at 07:00