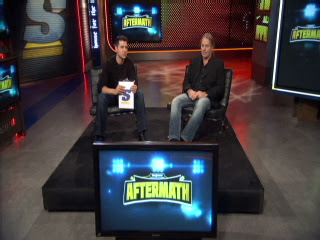 Part 2 of the interview Arda Ocal (@arda_ocal) conducted with Bret Hart (@BretHart) has been released. Highlights:

- How Bret feels its a shame that Tyson Kidd is not on RAW or Smackdown, as well as feeling that Natalya's flatulence is a "test", relating how long it took him in his own career to be "thrown a bone" and how difficult it is in WWE to get a break

More WrestleMania memories:
- WrestleMania 10: How the match with Owen Hart completely changed 2 days before the event at MSG and Bret calling Owen to the dungeon to work it out

- WrestleMania 12: Was the idea always to have a 1-0 final score in the Ironman match?

- WrestleMania 26: The personal satisfaction Bret received from ending the Mr. McMahon character at WrestleMania, after having seen it spawn from the Montreal Screwjob.


This and much more!

Part 2 of the interview available here: