WWE Rising To A New Independence By Richard Rodriguez 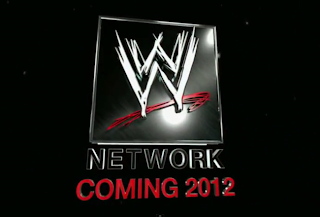 Hello to all the wrestling fans of the world. I am very excited to be writing my first article for WLH and discussing WWE’s plan on launching a new WWE Network. Feel free to follow me on twitter @heyyo1228 and @heyyo1227.

As many of you know in March 24, 2004 Vince McMahon launched the 24/7 wrestling channel that never really took off, and to this day is still airing depending on which cable provider you have. On September 5, 2011 on WWE RAW, a new WWE Network was announced to launch at some point in 2012. To any fan that saw that announcement I can imagine the initial reaction was excitement where as I had more questions than anything. Is this going to be another mismanaged idea? Is WWE going to capitalize on this buzz or let it fade away like the attitude era? How can a network compete with 24 hours a day online access to basically any independent promotion and legendary matches? Is WWE going to miss this opportunity?

As mentioned earlier, WWE has a 24/7 channel that either no one is aware of, or you have to pay for and until now all they show are classic matches over and over. Think of how many networks WWE pays a percentage or a fee to air on like USA,SYFY,SPIKE, On Demand, and ABC just to name a few. Think that if WWE would purchase a basic established channel and still ran the normal programming, but combined more wrestling shows, it would potentially further establish that channel and their programming. How many times have you watch Monday Night’s show, and the announcer says that RAW is the number one show. They could have their own channel, and have free PPV’s like a clash of Champions including all WWE produced films. The creative ideas for this are endless, and until now WWE hasn’t capitalized on it.

To any wrestling fan that missed this time period I apologize. To the fans that watched and were a part of the weekly “Monday Night Wars” we have slowly seen those days of glory where wrestling fade away into this PG era. This watered down version of wrestling where a chair isn’t allowed, and a water bottle is. It Just makes me wonder if the WWE simply caters to a younger demographic. By the time the network is up and running, no one would want to watch what they are airing. To this day, the attitude era wasn’t great because you saw T & A every week. It was the respect that every single person in that company devoted to making wrestling a real experience every week, connecting to any fan that watched. That dedication is sadly missed.

As far as competition goes, you have independent promotions like Ring of honor, and Territory league to name a couple mainstreaming their content online. With You Tube, you can search and find any match that has ever transpired and it’s free. In times of recession and economic hardship why would anyone spend money on material easily accessed for free? If WWE would let’s say purchase a channel like USA or SYFY, and have all their shows aired on one channel plus get in coordination with up and coming promotions airing their material they would never run out of talent. All profits would go to them. It would force the average fan of any of these shows or promotions to watch not only their favorites, but anything else being aired. Again, all those classic matches and all the millions of hours of footage they have in the WWE library would still air combined with current programs from all promotions. They would never run out of material. Hopefully it works out, and we as fans get what we want which more is wrestling.
Posted by WrestleFigsUK at 14:22