Who ran down stone cold.. Who sent a text to Kevin Nash 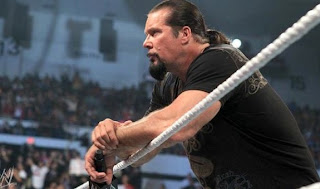 Back in 1999 in the month of November at the Survivor Series pay per view Steve Austin was run down by an unknown person. For months the WWF had no idea who did it. They held investigations, in ring promos, heck even Austin stomped a few mud holes and walked them dry. In the end we found out it was Triple H who ran down Austin. Now we jump 12 years later and we find a guy who isn't afraid to say anything on the mic an outlaw. CM Punk. We find the boss, Triple H, and we find a 6 ft 5 monster Big sexy Kevin Nash. At Summer slam Nash was sent a text to "stick the winner" of the Cena/Punk match. The next night we find out that indeed it was Triple H who invited Nash to Summerslam however he did not send the text to Nash. If I remember it was HHH black limo that ran down Austin but HHH denied the fact that he drove it. We then see Cm Punk who believes that Nash and HHH are faking and playing the part and indeed they did set up Punk. Now let's go back 12 years ago, when Austin was run down, there were two suspects. The Rock, and Triple H. HHH once again denied the fact that he ran down Austin and we had Shawn Michaels pointing fingers at HHH along with the corporation. Jumping back to the present we see the same thing happen here, HHH denying the fact he sent a text to Nash. Also I will add that our beloved chief operating officer would get to the bottom of finding out who sent a text to Nash, like he did try 12 years back to find out who ran down Austin

To make this article a little less complicated, as a fan for the past 14 years of the WWE, I see this storyline as somewhat of a rip off from the Austin rundown story. As a fan I am excited. So far there are 3 questions that come to mind.

1. Who sent the text?
2. Are HH and Nash working together?
3. What roll will Nash play at Night of Champions?

Personally if you ask me I have two suspects
Vince and Shane McMahon.

I pick Vince because, we can have a interesting story where Vince was backstage and he took HHH cell and sent the text causing an outburst within the WWE so he could take over his company again.

My other suspect Shane, I pick because well we could have a storyline where Shane returns and he is unhappy with the fact that HHH has taken over the company what his father had built and nothing had gone to him thus causing him to text Nash and cause an outburst within the company.

If you have any comments, suggestions, or views leave me a comment on my Twitter and follow!
@azansaigol
Would love to hear from you all cheers!