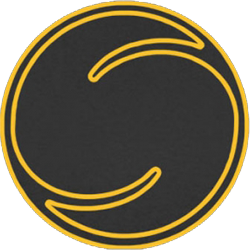 Be warned dear reader the following column is real stream of consciousness stuff.

I’ve been a wrestling fan for a long long time, I’ve traveled thousands of miles through the years to watch this silly and often time’s strange business. I’ve had the pleasure to get to know and meet some of the all-time greats and had great fun doing it. But I’ve got to say I do find it hard now to sit down and watch a full episode of any one of the numerous shows from “the big two” without hitting the fast forward button until something catches my eye or a certain wrestler I like pops up. I still love wrestling, but loving something is also admitting its faults. WWE at the moment is so formulaic that even if the script is handed in 5 minutes before the camera light turns red (which happens nearly every week) I can tell you segment by segment roughly what will happen. That can be a great positive but on the other side of that coin if you don’t change it up once in a while it’s a huge negative also. The CM Punk promo from a few weeks ago was a piece of genius, not because of just what was said or the sublime delivery but because it broke the formula. Last year the Nexus beat down that got Danielson fired caught lots of people by surprise because it’s not something WWE does every week but the biggest thing for me was removing of all commentary.
The commentary has been a bone of contention for years now, the removing of Jim Ross from play-by-play and the heel persona of Michael Cole driving everyone up the friggin’ wall, except the guy that’s feeding him the lines. I truly believe Cole is the reason the mute button on my television was invented. That leads me to TNA or Impact wrestling and its Grand Canyon sized logic holes. I love some of the wrestlers that work for the company, including one I used to know personally but holy crap the writing is worse than having a drill force able inserted into my ear or any other orifice you care to choose. In 2006 I went to a house show of theirs in the former ECW Arena in Philadelphia and was highly impressed by the organisation of the show and the level of fan interactivity, in other words they made it special. You never really hear of bad reports from the house shows but I find it nearly impossible to make it through Impact. They certainly don’t make it must see TV, in fact it’s almost to the stage where it’s just excruciating watching great workers put in WCW 2000 level storylines.
I really don’t want this to come off as I’m super negative on wrestling because I’m really not but after 28 years of watching I’m a very harsh critic and even harder to please. I’m not your typical fan, I haven’t been since 1993 so I’m really not the audience they are booking for. Like Punk I want the WWE to be fun again but unfortunately I can’t say I’ve found it fun in sometime. I get to see WWE’s feeder group, Florida Championship Wrestling, nearly every week and I can’t say (besides the former ROH alumni) that anyone really stands out. It boggles my mind that the woman’s champ can’t run the damn ropes correctly or their former multi-time world champ can’t take a corner correctly. The possible (seriously do these medicals take that long?) signing of the Kings of Wrestling and the fact that they are supposedly destined for the main roster straight away lifts my spirits but for every good thing you hear, another Sin Cara/Mistico/Hunico story makes the rounds and crushes my optimism like a fly on the window.
Groups like Chikara, New Japan, DDT, PWG, Dragon Gate and Ring of Honor make wrestling fun for me to watch. I desperately want to be that 6 year old fan sitting in my grandparent’s living room watching Big Daddy belly bouncing Giant Haystacks on World of Sport and thinking it was the best thing I’d ever seen. Yes we all know he was utter shit and a real son of a bitch in reality but god damnit he was fun, it was FUN! WWE used to be fun too, I watch some of the old TV’s from 85-86 and it is glorious stuff. The workers weren’t close to the level of the top guys on the current roster but nearly everyone was competent, and the booking was top notch. No second guessing, no on again off again pushes, wins and losses meant something. My god it was good. And more than that it was bloody entertaining and come on that’s what the 6 year old in us all wants, just to be entertained by this fake art form. A prime example of fun within wrestling is The Osirian Portal from Chikara, using a hypnotism gimmick to have their opponents dance mid match. Yes of course it’s stupid but its great great fun and makes me smile, broadly.
Wrestling isn’t solely about getting over, work-rate, being the best worker in the world, being the best on the mic etc. etc. etc. It’s about entertaining people enough so they come back for more. The big companies need to remember this because at the moment they haven’t a clue and it’s affecting their business. As I said at the start I love wrestling, always have and always will, it’s a passion that has waned at some points in my life but has never fully left me.
Well I’m glad I got that off my chest and if you managed to get to the end of this without calling me a whinging idiot, kudos to you because I sure didn’t. The next column, I promise, will be more positive I promise and hopefully will have more structure aka some structure and not just me moaning! Now go and treat yourself and watch the G-1 Climax from last month and thank me later!