Get it together WWE By Albert Parra 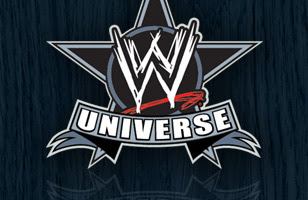 WWE seems to have strayed from the basics in wrestling. Such as calling the women's division divas & focusing more on cat fights then actual wrestling. Sure we can appreciate them wanting to draw fans with "sex appeal" but to quote Owen Hart, " enough is enough it's time for a change". There are some divas that are better off being Valets then in the ring on a weekly basis. Thank God for female wrestlers like Beth Phoenix , Natalya and Eve. But if you had to compare women's division as a whole then TNA Knockouts would be able to out wrestle the WWE women division.

Another area is the tag team division. Not only are you teaming up random superstars. They are coming out to different entrance themes and a fair share do not even have a tag team name. Airboom recently got their name due to a vote by WWE UNIVERSE. And the only TRUE tag team ,The USOs, are not even given a shot at the gold let alone on TV . What's up with that (Hurricane Helms reference).

These are only but a few areas that WWE is just hurting themselves. I wish that the WWE would go back to the basics and stop trying to re invent themselves.

I have enjoyed writing my first blog. Feel free to follow me on twitter @heyyo1227 & @heyyo1228 . Would love to hear from those who have read this.
Posted by WrestleFigsUK at 13:08