Let Me Speak On This - with WLHSTU 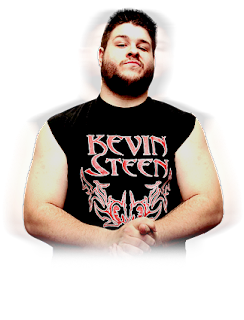 So here we are, September 20th, a few things I want to talk about, first off, a few days now since the latest ROH iPPV Death Before Dishonor 9 from New York City. I had been a bit harsh on the card beforehand because the current ROH World Champion Davey Richards wasn't on the show and some of the match-ups on paper didn't look the best but I was pleasantly surprised with the matches I doubted. Check out the replay if you can over on http://gfl.tv or buy the DVD from http://ROHWrestling.com when it's available.

In the land of WWE, they just had the Night of Champions PPV, I have not seen any of it but I know the results. Mark Henry as World Heavyweight champion could be a good thing for the roster, shaking things up a bit. I expected The Miz & R-Truth to win the tag titles to be fair but they didn't. I am glad Dolph Ziggler retained the US title, I may not watch much of the WWE product but I do like Ziggler's overall work. John Cena once again is WWE champion, not something many are happy with, I don't really care one way or the other but what I have seen of Alberto Del Rio I liked and I thought he would be a good heel champion but the WWE have decided to go with the tried and tested formula of John Cena. And finally from the PPV, Triple H wrestled and beat CM Punk, not heard too much if the match was actually any good just that Miz & R-Truth interfered as well as Kevin Nash attacking both guys (Punk/Triple H). I did think Punk would win because I thought the fact Triple H was stepping back into the ring he would leave the C O O gimmick behind, which was on the line if he lost. Oh well, maybe the push Punk was getting really is over, we'll have to wait and see but I hope not.
A few more things from the WWE, I read Daniel Bryan is not having the best of times, on somewhat of a losing streak (although he won the PPV dark match over Heath Slater) and this guys is the holder of the MITB briefcase, not a good way to book the man that is supposed to be working in a top match at the next Wrestle Mania. As a former name on the indies I really want him to do well in the WWE. I hear former indie worker Claudio Castignoli has finally signed a WWE development deal and is in FCW where he has already faced former ROH World Champion Tyler Black who works under the name of Seth Rollins, Claudio is now known as Antonio Cesaro, no word on his former Kings of Wrestling partner Chris Hero yet, I was like many hoping they would come in together as a team working with CM Punk. I hope Hero comes in soon.

In IMPACT Wrestling, Bobby Roode won the Bound For Glory series (as predicted by most) at No Surrender and will now face IW world champion Kurt Angle at the BFG PPV in which I'm sure will be a GREAT match. Also in IW, hoping I am not spoiling anything for anyone but Hulk Hogan has apparently announced when his contract is done (October) he along with Eric Bischoff are leaving the company. The question is, will the anticipated match with Sting take place before he leaves if he does? We'll see.

And to close, I want to get back to ROH, Kevin Steen who is 'banned' from the company showed up at the DBD 9 iPPV just like he did at the last iPPV. He got himself involved again and I am liking all that is going on with Steen and the angle that is going on. I have a feeling it'll be Steen vs. ROH World Champion Davey Richards at Final Battle 2011 in December but as was pointed out to me, he may actually face Steve Corino (who he attacked at Best in The World) and then ROH will do a year long build maybe towards FB 2012 and Steen vs. Richards. I can't wait to see where this all goes. Steen is awesome at the moment, just get hold of the PWG Eight DVD to see his 3 matches on that card to see what I mean. And pre-order his new t-shirt (see side of my site of how to). Check out the Wrestling Roundtable video from ROH Death Before Dishonor 9 at the end of this article - BRILLIANT stuff.

ROH's new TV show starts on the 24th and even though it's not available all over the US it is available to the rest of the US and the world via the ROH website, should be awesome.

And one last thing, I'll be at the FightClub:Pro Project Mayhem shows on September 24th & 25th should be great.