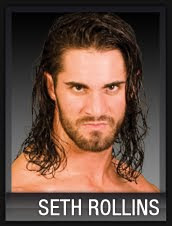 I am absolutely in love with a current wrestling angle. No, not CM Punk and his pipebombs and Ice Cream Bars. No, not anything Ring of Honor. The storyline I'm speaking of comes from Florida. Relax, it's not TNA.

If your not familiar with Florida Championship Wrestling, do your self a favor and seek out the product they offer. FCW has great young talent who are being groomed to be future WWE superstars. But, one angle they have right now, is hotter than any angle going in any company.

Three matches have taken place between these two, and all three are classics.
The third match, might just be the best match I have seen in a long, long time.

From the minute Dean Ambrose arrived in FCW, one thing was clear, magic was
about to happen. Ambrose, a pretty ordinary guy to look at, electrified FCW with
a debut promo that embodied a psychopathic genius quality that captivates. His
promo targeted one man, Seth Rollins. 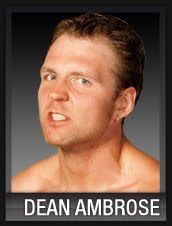 These two men have had similar paths to get to where they are, but these paths have never crossed, until now. Ambrose arrived in FCW obsessed with showing he is as good if not better than Rollins. After beating Hunico in his debut match in FCW, Ambrose tormented Rollins with promos to finally receive what he wanted, a match with Rollins.

Rollins is the currently the first and only FCW 15 Champion. It is this championship, that gives Rollins and Ambrose a perfect stage to tell their story. The FCW 15 Championship is defended in 15 minute Ironman matches, where the competitor with the most falls after 15 minutes, wins.

The first match between these two was off the charts. Fifteen full minutes of action, only to have no falls occur. You will notice immediately, that Ambrose and Rollins' styles mesh perfectly. This match benefitted from having William Regal on commentary. Regal is absolutely spot on telling their stories and putting both over as they battle.

The second match was given an additional 5 minutes to find a winner. But, after
20 mins, the result is the same as their initial encounter, a draw. After the match, Ambrose takes the FCW 15 Championship (which is a medal, not a belt), and throws it at the FCW control room in the arena. It was Ambrose disgracing a championship that Rollins holds dear that turned this angle into a true war.

Over the next few weeks Rollins and Ambrose brawled after promos and backstage. It was clear these two needed to settle this matter. So it was decided that these two would battle in another FCW 15 match, but this time, it would be a 30 minute time limit match.

The third match, as I said before, is the best match I have seen in I don't know
how long. The entire episode of FCW was dedicated to this match. To show how
great this angle is, it split father and son. Ricky and Ritchie Steamboat were
brought out to say a few words about the upcoming match. Ritchie took his former
tag team championship partner, Rollins. Dad took Ambrose.

I'm intentionally not getting too specific in this as want those that read this
to search for it and watch. Appreciate the work of Seth Rollins and Dean
Ambrose. Appreciate this storyline for what it is, a true old school wrestling
angle.
Posted by WrestleFigsUK at 09:18