Love Or Hate, A Look At The Top Two Promotions in the U.S. By Nolan Glaze 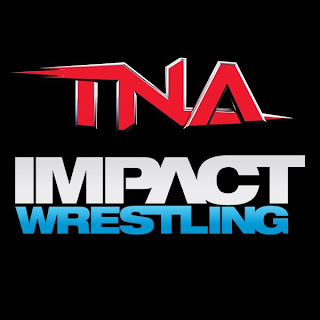 So, here we are. In the middle of a small war within the wrestling community. Not on the TV, but within the fan base. Anybody who frequents the halls of the Internet Wrestling Community (you're doing so now if you're reading this) has seen the arguments between fans of Total Nonstop Action (TNA) Wresting and World Wrestling Entertainment. Go to a YouTube video, you see an argument in the comments about how one of the companies "sucks" and the other "rules." The same goes for; Twitter, Facebook, Google+, and almost any forum. Seriously, just look.

Over the last few years, we've seen drastic changes in the world of main stream wrestling. TNA brought in Hulk Hogan, WWE finally let one of it's stars speak their mind. However, it seems that no matter what the companies do, they'll keep having "haters."

Now, do I choose a side? No. I'm honestly neutral on the argument. I support all companies, even those that I don't watch (i.e. Combat Zone Wrestling.) I look at the state of these two companies in specific, in see major things that need to change. So, let's begin my critique of the companies shall we?

Total Nonstop Action Wrestling, aka IMPACT Wrestling: I've been watching TNA since it's time on Fox Sports Network here in the United States, and was automatically captivated with the X Division and the severely missed 6-sided ring. Since my discovery of TNA about six years ago, I've watched every episode I could, and even bought a few PPV's. I've watched as the talent of the company continue to grow at an alarming rate. When you have the like of AJ Styles, Samoa Joe, Christopher Daniels, Kurt Angle, and now Austin Aries, the roster is by far as impressive as the WWF "Attitude Era" when it comes to talent. However, Dixie Carter and the others who run TNA backstage continue to bring in these big stars who aren't absolutely needed. In 2008, they brought in Mick Foley. Now, they brought him in as a management role under the title "Executive Shareholder," but it didn't take long for them to slap the TNA World Heavyweight Championship on him. Now don't get me wrong, I'm a fan of Mick Foley. Have been since his days in the all brown attire in his Mankind days.

In 2009, they brought in Hogan and Bischoff. These two men, who had such a been hand in the 80's, 90's, and early 2000's, have caused the most pain towards TNA. In fact, they have caused huge fans of the company to quit watching. They got rid of the 6-sided ring, pushed themselves in multiple storylines, and even dropped the ball on one of the biggest stories in TNA history, AJ Styles being mentored by Ric Flair. Now, three years later; the wrestling quality is great, most of the stories are great, and the fan base is once again growing. However, we are now force fed Brooke Hogan, Garrett Bischoff, this pregnant junky story, and the list continues to grow. The fans that TNA lost over the last four years have yet to return because most of have lost faith in the product, much like the disappointed fans from the "Attitude Era" turning their backs on WWE, which leads us to the next paragraph.

World Wrestling Entertainment, what can I say about the largest, most successful wrestling company(if you can even call it that now) in history? I've watched WWE(WWF) since before I can remember, I've watched it go from the boring product of the early to mid 90's to the "Attitude Era" and then the product we have now. In the early 90's, WWE(WWF at the time) put on the over the top, close to cartoony product that is common on the WWE YouTube series "Are You Serious?" With the likes of Papa Shango, Repo Man, and the Bushwhackers on our TVs every week, the people who watched the wrestling from the 70's were unamused. With the older audience growing tired of the childish product put on by WWF, the growing company that was a former NWA promotion, World Championship Wrestling grew into power. Over the next half a decade, WWF was hurting and needed to shake things up. This is when we witnessed my personal favorite "Era" in the "Attitude Era."

It was during this time that we saw the rise of "Stone Cold" Steve Austin, The Rock, Triple H, Shawn Michaels(hitting his peak,) and the birth of so many more. The people raised in the 90's, or didn't watch wrestling until the 90's, remembers this time very fondly. It was a time where wrestling was, at times, played very close to the knuckle.

Anyways, last I checked this is a critique, not a history lesson. So let's zoom to 2010, the title is switch hands between Randy Orton and John Cena, the overall WWE product has been dulled down to fit with USA channel's request for a "family friendly" wrestling show, and the majority of the fans growing tired of a boring product. Ok, now let's zoom to June 27th, 2011. WWE Monday Night Raw is on TV, and in the closing segment, CM Punk grabs a microphone and sits on the stage. He cuts a promo saying what so many fans had been saying for years. Everything he said hit deep in my heart, I still get chills when I watch it on YouTube. With one man's words, a fire was ignited. A fire that was fueled by the passion for wrestling of every single last fan.

Now, it's June(almost July), and we have some great up and comers in the company. Richie Steamboat, Kassius Ohno, Seth Rollins, and many more are coming through the ranks of FCW and NXT. I feel the young superstars showing their skill in NXT and FCW will bring on a new era in WWE. However, until then we will continue to see CM Punk, Dolph Ziggler, Daniel Bryan, and the others be over shadowed by WWE's narrow minded sight as John Cena continues to be the main event of the PPV's.