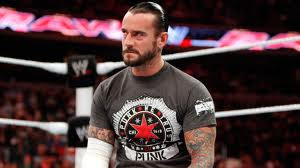 As we are approaching the end of June, it seems an appropriate time to give some thoughts on those in the WWE who are doing well and indeed not so well and give a little bit of insight as to why I think that is the case.

John Cena - Although he's been kept well away from the WWE title picture this year, don't be fooled into thinking that he's anything other than the undisputed top dog in the WWE. We can see this by the fact that it is Cena rather than CM Punk who is main eventing PPV shows and Cena more often than not is the all important final angle of Raw. He attracts fans that simply other WWE stars cannot and while the promotion's attempts to get the fans to cheer against The Rock failed he does seem to be more liked by fans as a whole in his feuds with Lesnar & Laurinaitis. The 'Cena Sux' chants are nowhere near the levels of earlier on in the year. Look for Cena to continue to be Mr Nice Guy (even if it annoys a lot of us) and be the franchise player for the WWE for a long time to come.

Randy Orton - Things are not going quite so well for Orton, they teased that he would win the Royal Rumble but ended up going with Sheamus, Daniel Bryan's title run involved The Big Show until Mania. This left Randy treading water, he had a reasonable feud with Wade Barrett and then got stuck with Kane which led to being booked in a Wrestlemania match that nobody can remember. For the record he lost, though won the feud overall on Smackdown. Was heading for programmes with firstly Chris Jericho and then Dolph Ziggler until suspensions got in the way. Should be back for SummerSlam but doesn't seem quite as secure as the clear Number 2 that he was last year.

CM Punk - On the positive side he's been the WWE champion throughout 2012 and has had generally pretty good matches and one excellent atch with Daniel Bryan. He also seems to have replaced Orton in the pecking order which he'll be pretty pleased with. However his promos which helped him really breakthrough last year seem to be a thing of the past. He comes across annoying on a fairly regular basis and his feud with Jericho didn't really seem to hit the heights which many of us hoped for. As I stated with my comments on Cena, Punk is far behind him in terms of importance to the product. Although a lot of fans really like him he has yet to capture the broad base of the really successful WWE stars of the past. He could also do with removing himself from the AJ angle where it really isn't doing anything for him.

Daniel Bryan - Nobody as probably had a better 2012 than Bryan, given the World title after cashing in the MITB case after promising to wait until Wrestlemania. The heel Daniel Bryan was off and running, but you wouldn't have been surprised if he was giving the title reign only reserved for Rey Mysterio & Jack Swagger. Yet this as not happened, showing a surprising talent as an interview and fully embracing the antics of MMA star Diego Sanchez (Yes, Yes, Yes) meant that not even an 18 second loss at Wrestlemania as slowed him down. Infact it only made the fans determined to ensure Daniel Bryan was the most over regular at the following night's Raw. His PPV match with Punk was outstanding and you know that there is a babyface turn that can happen at anytime which will continue his elevation.

Sheamus - Given the biggest push of the year, was a surprise winner of the Royal Rumble. This in hindsight probably didn't help him that much, as the fans were more disappointed that Jericho lost rather than pleased that Sheamus won. Followed by his 18 second win over Bryan also saw fans angry though this time it would have been the length of the match. And the 2/3 falls match between the two was pretty well received. He should stop trying to get the fans to chant 'Brogue' it hasn't worked, and the fans have yet to really love him. At the No Way Out PPV the fans were cheering for Ziggler, no matter what Jerry Lawler had to claim. He should keep the World title for a while but I would have thought that he would have been more over then he is due to the push he's been given.

Brock Lesnar - A while ago, I wrote a blog that lamented the decision to have Lesnar lose to Cena and I certainly haven't changed my mind on that. To me the WWE need to make their mind up about Brock, do they want to give themselves a chance to make money with Brock or call it a day. They are paying Lesnar a fortune for the dates he's working, if they want to make him a special attraction then he needs to beat Triple H clean. If he doesn't then you have to wonder why they brought him back at all. Having Lesnar as a unique personality with Paul Heyman as his regular mouthpiece it could still be an entertaining ride. I'm just not overly confident that the WWE will have the common sense to do it.

Chris Jericho - Like most fans, I was looking forward to seeing the next chapter of Jericho's wrestling career but I have to be honest it hasn't quite met my expectations. As it been bad? No it hasn't it just has not got any better than good. The storyline that Jericho was mad at Punk for stealing his gimmick seemed sound, but in virtually every angle Punk came out on top. Jericho also lost all the big matches as well. He recently stated that his music was more important to him rather than his wrestling career because he feels that he can continue to advance in that field. What that indicates is that whether Jericho is a heel or a face he'll be putting over his opponents the majority of the time.

Dolph Ziggler - He has good matches, he's really started to show some personality and they have finally moved him away from Jack Swagger a partnership that could have worked but in the end did absolutely nothing for either man. You would therefore think that Dolph should be doing really well, what's happening is that he's losing a lot on TV infact I think he's only won about 3 of his last 15 TV matches. The danger being is that you'll condition your fans to see him as nothing more than a loser no matter how talented he actually his. By all accounts he seems to be the favourite to win Raw's MITB match this year which of course makes perfect sense in the disturbed world of WWE bookers. Thinking about you could say exactly the same thing about Cody Rhodes if you were looking at the Smackdown brand. So if Ziggler & Rhodes both prevail at MITB remember where you heard it first.

The Big Show - Say what you want about The Big Show, but he's shown himself to be able to play a number of different roles. He played his part in the success of Daniel Bryan, then found himself in a fairly mediocre feud with Cody over the fact that he had a hopeless record at Wrestlemania. Ignoring the obvious lack of logic in his firing then his re-hiring by John Laurinaitis he's now re-packaged as the unstoppable monster, this will be interesting to see what they'll do with Mark Henry when he returns as he had a similar gimmick. A short term feud with Cena which he'll lose will be first on the agenda but what happens during the latter part of the summer seems to be up in the air. But he's had an entertaining first six months and hopefully he will keep that run going.
Posted by WrestleFigsUK at 09:14