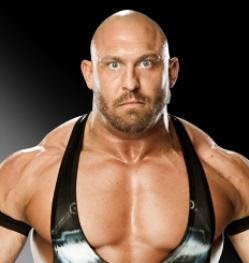 I remember my personal first vision of him was when NXT series 1 started and till now I love his "yep yep yep, what it do?" catchphrase and his backpack stunner which always looked pretty stand out to me as a genuine move that had a lot of impact to it. People may or may not remember him as Ryan Reeves from Tough Enough 4 (which is more memorable for Daniel Puder, a young Miz and also Puders challenge against Kurt Angle). During his NXT run he seemed to be getting over with the outlandish gimmick and even tho he was the first contestant to be voted off the show by the pros he stood out and showed potential. The formation of the Nexus actually allowed him to shine in what was a sign of things to come in his monster role where he would be the muscle where he'd rough people up for the group and be the impact hitter but sadly a severe leg break was enough to derail the rest of 2010 and the whole of 2011.

Then came 2012 and after a few dark matches from the start of the year he made his returned under his old gimmick of Ryback on the smackdown after wrestlemania XXVII where for the upcoming weeks he'd just obliterate jobbers and lower card talents and a PPv match with Camacho at Extreme rules. This resurgance has a lot of similarities with Goldbergs initial WCW run but is it fair to group him like this so early on? He comes in larger than life and throws people around and makes them his bitch so to speak but there's very very few original or new gimmicks that can come about nowadays.

I admittedly quite like what he's doing as they're creating him into being a single minded monster who'll come into the ring and just demolish whatever is in front of him whether it's one wrestler or two wrestlers no matter the size or how awful of a promo that they cut before the match. How far will they take this? how much of a monster would they like to make him into? how long they'll let his run go before they want him to move onto a mid to top level talent to make a push towards either a mid-level title or either of the main titles on raw or Smackdown?.

What will that future be? I'd imagine him to continue on his run of squashing and beating up local talent and have him say that he's been through everyone in America and talent all over the world and have him tell the authority figure within WWE that he wants him and point to a top talent who has just had a match that he will take out in a very dominant fashion (ideally someone ready to leave the company for an extended period of time) to show he can be competitive against the elite talent talent.
Posted by WrestleFigsUK at 14:32