Rhianna - Have You Cena? By Stel Stylianou 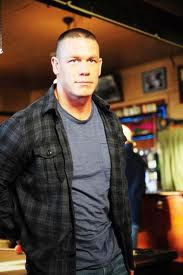 There’s something about being stuck in London traffic which makes my mind wander. Perhaps it’s the mind numbing boredom and repetition caused by needless roadworks, overpopulation, or reckless drivers.

So I’m sat there, channel hopping on the radio, hoping to hear something which may stimulate my mind.

Preset channel 1 is playing yet another Rihanna song. Exactly how many songs has this wretched woman released in her career thus far? Christ, she sounds like a turkey who has swallowed electric screwdriver.

Preset channels 2 and 5 are playing the same Rita Ora song (after all, she’s only got 2 songs – right?), whereas 3, 4 and 6 have the nerve to play a Coldplay featuring (you guessed it) Rihanna, Jessie J and Will I Am respectively.

I’m going somewhere with this. Trust me.

After five minutes or so of more hopping, something dawned on me which was blatantly obvious, although I hadn’t really thought about before.

These radio stations are encouraged to promote and over play these “artists” in a tactical ploy to basically brainwash listeners to buy/download (legally, *pffft*) their albums and singles.

It’s almost as if they’re forcing people to spend their hard earned cash on this crap..errr..I mean, Music.

“You WILL like this Music and you SHALL conform”

Then it got me thinking about the state of the WWE at the moment.

John Cena has been the number 1 face of the company for God knows how long. He has had title reign upon title reign, main event after main event, and a ridiculous amount of TV and promo time.

So, what is it about John Cena that I really dislike?

I am not a Cena fan, but I am a fair person. I won’t criticise someone without looking at both sides of the coin. It is easy to say “I hate the c**t”, but unless there’s a feasible reason behind this notion, then it’s a bit of a harsh statement to make.

In my honest opinion, Cena’s in ring style is very clumsy and reckless – although those aren’t the reasons why I dislike him.

He seems like a nice bloke. Granted, he’s a Wrestler and it’s his job to act like a “nice guy” for the fans. I haven’t been bothered to do any research about his private life, nor do I care if he refused to give someone his autograph. Don’t care, won’t care.

Looking at all of this again, realistically he hasn’t done anything wrong for me to dislike him.

Hogan had the title for a while and was always in the spotlight, as was Shawn Michaels and Triple H.

It’s obvious when you delve into it.

When I was between the ages of 9 and 18 the top Faces had their fair share of TV time, but none of us were really forced to like them. Sure, there has always been and always will be a huge emphasis on squeezing as much money out of the Faces by the WWE. That’s how they have got where they are today.

I can’t begin to imagine the profit margins following “Hulkamania”, “Austin 3:16”, “DX”, etc merch sales. The WWE’s marketing team has well and truly “earned its corn” over the years.

None of us were forced to like Hogan because we had other “goodies” (didn’t know the term “face” back then) as options. Personally, I preferred the Ultimate Warrior and Randy Savage, purely because they weren’t so predictable – and the Undertaker used to make me s**t my pants (OK, not literally. Milk Shakes, yes. Undertaker, no)

As I got older, I began to appreciate Wrestling more. I no longer saw it as “bad vs good”, but more like “who entertains me more”. Bret and Owen Hart, Shawn Michaels, Razor Ramon and Diesel were the names who stood out at the time. Each one of these guys got their fair share of TV time and I’d say at least 80% of storylines they were involved in were interesting.

I was 16 when Wrestlemania 13 came around, and was fascinated with the Bret Hart – Steve Austin matchup. At the time, it seemed a bit too brutal for Wrestling. Granted, “brutal” may be an over exaggeration, but it wasn’t what I was used to seeing from the WWF.

Austin then went on to win the KOTR, had numerous title reigns and an amazingly written and performed feud with Vince McMahon.

As we all know, during this era it was WWF vs WCW. Austin and Vince vs the nWo. This is how I remember Wrestling at its best.

Austin, The Rock, Shawn Michaels, HHH, Mick Foley and The Undertaker were all huge Faces in the years which followed, but none received the treatment that Cena has.

Could it be because none of these guys started off with a “white rapper” gimmick (cringe)? After all, it’s quite obvious that there is a link between Wrestling and Metal/Rock and Rap music is frowned upon.

Maybe it’s because Cena lacked and still lacks the in ring technical abilities of Bret Hart and Chris Benoit. Then again, I don’t remember the Stone Cold character having an array of moves.

Perhaps Cena was made to win Royal Rumbles and titles straight after coming back from injuries? Ummm, I’m sure he’s not the only person to have done this.

OK, how about his mic work? No one likes a 5-10 minute monologue, right? Oh..That’s happened before with others.

I think I have it! Maybe it’s because he beat a load of fan favourites like Edge, Orton, HHH? Nope. That’s not it either.

In my honest opinion, there are a few factors which has caused all this Cena hate, and none of them are his fault.

If I am not mistaken, the purchase of ECW by the WWE coincided round about the same time John Cena became a main event character.

We all know ECW changed the face of Wrestling, one way or another. Its unorthodox, controversial and quite literally extreme dynamics altered the mentality of many Wrestling fans. It was a different “animal”. Faces and Heels were adored, and the company gave fans what they wanted.

Once ECW perished, its hardcore support was left bewildered. Who would they follow as an alternative? Their options were limited.

Let’s put this into perspective. Whilst ECW fans were adoring the likes of Tommy Dreamer, Sandman, Sabu etc, John Cena was rising to main event status in the WWE.

Needless to say, the ECW fans who submitted to the WWE’s dominance and rekindled it’s interest in the brand, were none too happy with seeing their heroes (indirectly) replaced with Vanilla Ice’s “jacked up” double.

All of a sudden “Cena sucked!” even more.

Vince had won the war with both WCW and ECW over a short period of time. There was no competition. He and his creative team could do whatever they wanted, and whether or not Wrestling fans liked it – there was nothing they could do about it.

The WWE slowly moved away from the “Attitude Era” to a more “PG” format. Clearly the marketing team and money men of the company had a plan – and it was simple.

Capitalise on the dominance. Make the product more appealing to the kids. It is they who will bring in the money.

This is precisely how the WWF operated in the late 80’s – mid 90’s. WWF/WWE figurines, replica title belts, t-shirts, badges, posters, mugs, whatever it takes to make the company more valuable and profitable.

Cena was already over with the kids. His “battle raps”, attitude and personality resembled a certain Marshall Mathers, who had set a precedent by being the first white bloke to be accepted into the Rap industry. His style appealed to most Rap fans and gained the Industry more white fans – Yes, I “went there” with the race thing..ZZZZZZZZ. Once again, RAP MUSIC is frowned upon by a lot of Wrestling fans. Yet another excuse to dislike him.

However, Cena was obviously a much “watered down” character to Eminem. There were no references to killing ex-girlfriends or taking drugs. No. Cena was and still is clean cut. There were no prayers or vitamin quotes, but quirky alternatives like “U Can’t C Me”, “Rise Above Hate” and “Hustle, Loyalty, Respect” with the latter being an extra positive slogan which was a “cool” thing for kids to say and enabled the WWE to line their top face with their anti bullying campaigns.

As time progressed, Cena was shown more and more on TV. He was given a title run for a year, was put in feuds which (naturally) he’d overcome. Kids love his wit, women love his charm. It’s a combination which goes hand in hand up a successful marketing path.

Nevertheless, the more Cena was on TV, the more older male fans despised him. They felt robbed.

“Who does this guy think he is? Why are we being forced to endure this bulls**t every week?”

Cena clearly was the new unacceptable and unforgivable face of Wrestling.

Unfortunately for Cena, it was “cool” to cheer heels and to make matters worse for him, it was also “cool” to shout “Cena sucks”

Hogan was rarely chastised as a face, but things were different back then. There wasn’t as much emphasis on promoting a Wrestler’s merchandise and character. Modern technology has changed the way we all live, so it is normal that the WWE would use this to exploit their target audience.

Cena’s character has been forced upon all Wrestling fans and it seems that over the years, the WWE’s determination to put him over as a bigger Hogan backfired just a little.

Regardless if you love or hate Cena, he’ll be a main event superstar for a long time.

Unfortunately, the WWE hasn’t yet put as much emphasis on current and future main event Wrestlers, but that is purely for business reasons. It is clear that they are attempting to squeeze as much money out of the Cena brand as possible. Once he becomes less marketable, they’ll just do what they normally do and move on to the next “Superstar”.

Cena will always sell more merchandise than, say, CM Punk purely because he appeals to a younger crowd, whereas Punk has a more mature following – given his background in the industry and outspoken character.

In all fairness, little of this Cena hatred is his fault. Truth be told, his charity work and support for the US Military should be commended. There’s no doubt that he’ll be a future hall of famer – and good luck to the bloke.

Does he honestly care that he is being booed by a minority of people? Not really.

He’s been in films, appeared on talk shows and his fan base continues to grow. In fact, the only threat to his career is his soon to be ex wife. Cena is up against the biggest challenge he’s ever faced.

Wouldn’t it be ironic if Liz Huber-dooby-deau is awarded a huge sum of money, walked out of the courtroom and cut her own promo by saying “U Can’t See Me!!”?