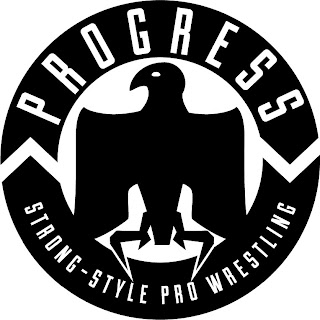 In March this year, PROGRESS Wrestling held their debut show at The Garage in
Islington, London. It was a sell-out and an undeniable success.

In April, promoters Jim Smallman and Jon Briley released the DVD of the March show. Todate it has sold approximately 4 times as many copies as most British wrestling DVDs,necessitating a second print run, and has received rave reviews not only in the UK, butfrom the top international wrestling media outlets. PROGRESS Wrestling has been very favourably compared to the best of independent wrestling from around the world.

In May, the first three matches for the follow-up show on 24th June were announced. Now,with just over two weeks to go until the event, the full card is listed below:

One match still to be announced: will the social media campaign of noted “deathmatch” wrestler Jimmy Havoc result in a match on the 24th June? Search #BookHavoc for the history of this campaign.

PROGRESS Wrestling showcases the very best of UK talent - those names that are next in line to follow in the footsteps of current WWE stars like Sheamus and Wade Barrett, orTNA stars such as Magnus and Doug Williams. We also use the very best international talent: for example, former WWE star Colt Cabana featured on our debut show in March,and PROGRESS roster member Zack Sabre Jr is currently working his second tour of Japan with Pro Wrestling NOAH.

PROGRESS shows are for an adult audience, with an atmosphere that is raucous, feisty and grown-up. No children are allowed into the venue; minimum age for attendance is 14,and fans under 16 must be accompanied by an adult. Our shows are hard-hitting, realistic and combative - much closer to Mixed Martial Arts than to “World Of Sport”. The days of Big Daddy, Giant Haystacks et al are long gone!