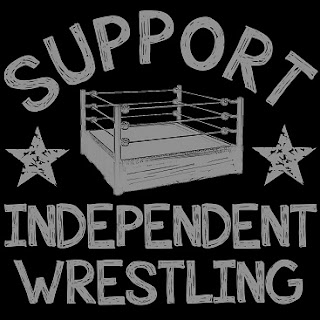 We all love wrestling here. We all appreciate what the wrestlers do to give us some sort of entertainment, but the best point of all is that we all love different types of wrestling, whether it be Japanese, Mexican, independent or mainstream. I tend to watch the American independent scene and the mainstream wrestling more than most. But I like them for different reasons and I dislike them for different reasons also. And with that being said I lead you to this article. I am going to list the many reasons to why I love and hate these two distinct styles of wrestling and I encourage to read and to contact me on Twitter @AH_Walker to tell me what you think.

Now let’s get into this party.

Obviously if you watch independent wrestling then you will know that there is more of a focus on the wrestling rather than the talking. The average smark would much rather want to sit down and watch two guys wrestle for 20 minutes rather than having 10 minutes of having the reason for them fighting being explained to us and then 7 minutes of wrestling. I for one can appreciate both but there are some times when I don’t want to listen to why these guys have got some sort of beef and I just want to see them scrap and get on with it, so I can appreciate promotions like PWG, where there are no real storylines and just wrestling.

Another great thing about independent wrestling is that you can say whatever the hell you want. You don’t have to fit a certain mold and have to hold in what you truly feel about a certain wrestler or certain event. The only exception is CHIKARA Pro but I love that anyway. In some wrestling shows swearing and being a general cunt is encouraged whereas in the WWE you are frowned upon by saying what you like, usually if saying what you like includes a curse word or something derogatory or saying that you don’t like the guy everyone else does.

There is always a local independent

Need I say much more? Local wrestling is usually not far away so there is somewhere for the independent wrestling fan to check out some local talent. This may not apply to every city of every country but I would hazard a guess and figure that most people that I reading this have a local independent scene up to 90 minutes away. OK not so local I guess but you guys should understand what I am saying.

The feeling of proper animosity

Usually when there is a wrestler (that is more than decent on the microphone) gets on the microphone and speaks to the crowd, interviewer or to another wrestler, chances are you get a sense that of believability in what is being said, which is the reason why there is a lot of talking, so you want to purchase the Pay-Per-View. And for the most of the time (to a lot of people) they don’t do enough to make them purchase the PPV but they stick around anyway.

Mainstream wrestling is easy to watch as it is on TV. Granted in the UK you need to buy the Sky Sports package prior to being able to watching the product but then you can simply turn on your TV at the right time and you can watch it. And I imagine the same thing occurs for the guys in the United States. Indy wrestling on the other hand you need to pay around £10-15 for every DVD, which can be a ball ache, especially when you have no job.

Being able to talk about it to everyone

Thanks to a high focus on social media, it becomes easier for people to converse about wrestling across the internet. You can talk about independent wrestling to some people and I have done it plenty of times but the fact of the matter is, not many people that I follow on twitter watch indy wrestling and every wrestling fan I know watches WWE. In addition to this whenever WWE informs us what is trending that can make for some interesting conversation.

And that puts an end to this article, I hope you enjoyed

Thanks a bunch
Posted by WrestleFigsUK at 12:18