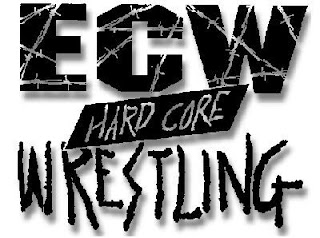 Change is only six letters long, but those six letters could mean a lot more if it really does what the word says..Around September of 1994 a new and great change came to my door with a knock. It was a Direct TV installer where just days earlier I heard of this great service and after I channel surfed the 500 new channels I came across 3 letters at the top of the screen, Those letters were ECW! Although I had no idea how this one channel change would not only change my life but the industry that I loved so dearly. At that time they were really pushing the NWA tournament final when Shane Douglas did the infamous angle of the belt toss to set up the change of eastern championship wrestling into the extreme era, I am like going nuts at this point thinking are you kidding me this is where I turn this great show on? Where in the hell has this show been my whole life,I have not been this hype for wrestling since I started watching the old UWF shows by promoter Bill Watts pushing the Freebirds to the moon. So it is safe to say I am hooked right now. This is also around the same time where a top 10 angle in the history started...The Sandman with Woman - Tommy Dreamer 'blind' angle I can still till this day hear Woman saying "Dreamer,Dreamer" during the 10 cane shot match, again like I have said before if you have not seen this stuff go get them now!

After that Feud concluded I started getting enough nerve to think of making a trip to the mecca-THE ECW ARENA! I was 21 years old in a perfect time in the world right before the internet blew the doors off. For weeks my two goals were simple turn as many people as I can to this Great promotion as I can and the other was find somebody that would make the trip across the state to Philly {at that time I lived near Pittsburgh} I did find someone it was my cousin a die hard wrestling fanatic as well we made the trip to Philly and what a night to pick....Hostile City Showdown 1995 (4-14-95).

The road trip takes about 6 hrs but it flew by cause we are just laughing our butts off cause first the fact that we have the balls to do what we are doing and 2nd we just can wait to get there. We got there alright drove on to Swanson & Ritner and it was one of those crazy moments where all of your expectations about a place that you have no clue what it looks like turns out to be what you thought it looked liked and more...A line had already began to form next to a huge steel door and the hard part we had no idea where to park cause we were afraid the car would get stolen witch we found out later was a real possibility over hearing conversations in line. We finally get it after a long wait and run to a open area to get a seat and that was not a easy to do either the place PACKED! What a great feeling of achievement. This was the peak of the Raven Dreamer feud without a doubt and there match was insane all over the mecca putting holes in walls with chairs flying and blood coming out of Dreamer's skull. The night already was enough for to go home happy but guess what not even close to being over cause what gets lost in the insane so called world of ECW is that is blood and guts well that is not true what so ever cause the GREAT Classic 5 star Match between Eddie Guerrero vs Dean Malenko that ended in a draw got the biggest pop of the night (that is why I love ECW) A fitting match was Sandman vs Shane Douglas with woman was great too,when I mentioned that this was fitting is that the first show I ever saw was when Douglas changed everything to the extreme by dropping the title he actually dropped the title to Sandman via Woman's face turn...Crazy. Then the crazy event Cactus Jack vs the god Terry Funk just turned the show upside down it had it all and ended up terry chasing all over the place with a burning branding iron! The crazy nut was putting the flame on his body legit! Awesome I bought this tape as fast as I could after that night because I never want to forget those nights but even though I can still watch them it does not show the ride home that night where earlier we did not stop talking, we did not say a word till half way home. I made 19 more trips to the Arena up until the year 2000 and other house shows all over the state of Pennsylvania.

Still very sad it ended I have not gotten over that fact cause it is not just the wrestling it was the memories I will always have the wrestlers and fans I met during those days,I even got invited to the back parking lot with all the boys by Balls Mahoney That was a trip standing with almost the whole roster walking past me..I
did'nt say a word, But like I said at the beginning the word is change and change it did or copied or robbed whatever you want to say by other promotions but NEVER equaled. I want to say Thank you to all those people, wrestlers/fans I met. Also while writing this on the day of Extreme Reunion, I just learned that one of my all time idols is in bad shape right now SABU....I hope everything is ok with him, he never gets the credit for what he has done in this business...

Stu's note: There is a DVD set available on the market called The Best of The ECW Arena, a 6 disc set of greatness, try and check it out.
Posted by WrestleFigsUK at 09:03