WWE Throws Millions of Dollars Away By Shaun Nichols 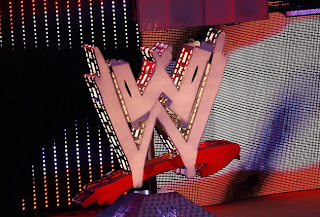 There are certain situations in wrestling booking that there is a really obvious direction to go in. That as been the case a number of times in the WWE and yet for all of Vince McMahon's experience he often fails to understand what is right for business.

The most startling example of failing to capitalize on a opportunity was the Invasion angle of 2001, given a choice to either make more money than he could ever have dreamed of or making a statement to show the fans that the WWE superstars were better than WCW wrestlers, he chose the latter.

What of course he ignored was that he is running a business designed to try and make as much money as possible. By hiring the major WCW talent such as Goldberg, Flair, Sting and Scott Steiner in the summer of 2001 and booking them as a strong and credible talent would have led to stronger TV ratings, better PPV buyrates and larger attendances at house shows. However they had been packaged they would be WWE superstars and they would be making money for the WWE.

Three of the four names did eventually make the move to the WWE, but by then there was no longer the clamor from the fans to see the dream matches between the best of WWE vs the stars of WCW. They were pushed as individual talents and when things didn't quite happen the way Vince thought they would then the booking of those former WCW stars made less and less sense.

Although not such an obvious mistake, the booking of Nexus at Summer Slam 2010 was another classic example of Vince making a major error in judgment. In the weeks before the show following the debut of Nexus (and what a fantastic angle it was), Vince claimed that the Nexus angle was going to kickstart a stagnating WWE. Again like in 2001, it centred around a group of wrestlers invading the WWE and trying to make themselves a dominant faction. Now unlike in 2001 where most casual fans actually knew the WCW wrestlers that Vince had decided to hire, in 2010 fans knew very little about the Nexus group unless they had watched the NXT show.

They were given wins on Raw, they attacked a number of WWE stars in group beatings but what was blatantly obvious was that they needed a decisive win on a big stage. That should have been at Summer Slam, but Vince again made the wrong call and whatever momentum Nexus head going into the PPV they lost of all of it. They became just another part of the product with only Wade Barrett becoming a relevant character after the show. In short a missed opportunity to do something different.

This brings me finally onto the reason I decided to write this blog, the mind boggling call to have John Cena pinning Brock Lesnar at Extreme Rules. In the run-up to the PPV, the Wrestling Observer website ran a poll to see who the fans thought should win the Cena-Lesnar match, 95% thought Lesnar should win and the vast majority thought he should do so in less than 10 minutes.

There is also the view that having Lesnar have his first match on 'B' show was a major mistake and there is a lot to be said that if they had kept Cena vs Lesnar until say Summer Slam they would have doubled the buyrate for whatever they did at Extreme Rules at the very least and more than likely it would have been much better than that.

The WWE have given Lesnar a contract like no other talent currently on the roster, he has agreed to only a limited number of dates to the point that he won't be on the majority of TV and he wouldn't be working away on the road appearing at house shows. The WWE gave him that deal because they think he will make a difference to their PPV business. It's easy to fall into the trap of thinking that UFC fans will start ordering WWE events because Brock is on the show which is something I don't see happening. WWE fans certainly bought UFC shows when Brock was fighting, but even when Lesnar was UFC Heavyweight Champion a lot of MMA fans couldn't wait to see the former WWE star lose, they certainly won't pay to see him on a wrestling PPV.

That might mean that Brock doesn't single handedly double WWE PPV business but pushed in the right way he's a compulsive and unique character that stands out from the rest of the WWE. In all his appearances and interviews on Raw were done just about perfectly, but his opponent John Cena seemed to be more interested in John Laurinaitis and then in the final Raw before the event was booked as a man scared to death and yet won. Lesnar all of a sudden didn't quite seem the special attraction he was just weeks before.

The announcement of Brock Lesnar vs John Cena was done in the most low key way possible, surely you would want give great fanfare to Brock's return to a WWE PPV after more than eight years away? The WWE have badly damaged the aura of Brock Lesnar they needed to have him as a unstoppable force leading up to the main event of Wrestlemania XXIX where according to the original plan we would see either Steve Austin, The Undertaker or The Rock face Brock Lesnar and depending on who it would be it could even be a WWE Championship match, remember The Rock's post Mania interview where he had a dream he would once again be the WWE Champion? What better way to do so then against the mighty Brock?

With the angle with Triple H, the character of Brock Lesnar may be saved to a certain extent. Especially if they keep him away from TV until the biggest event of the summer where hopefully the WWE realise he needs to go in and destroy Triple H to recapture some of the allure he had when he made his return. But it was truly a stupid decision to have him lose to Cena that will mean that Lesnar will require some re-hab to be the potential saviour for the business interests of the WWE.
Posted by WrestleFigsUK at 02:41