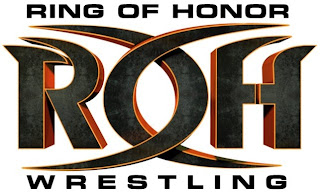 Here at WLH we generally try and look on the positive. Not only that but regular visitors of the site will have noticed that we are fans of Ring of Honor, over the last few months there have been a number of blogs that praise the product, hype upcoming events etc. Stuart is very open in stating that ROH is his favourite promotion.

But sometimes in the interest of fairness you have to state the obvious, when there is a major issue you have to comment on it. The whole issue of internet PPVs is a full story in its own right but ROH were to a certain extent pioneers of that medium when they ran their Final Battle 2009 as an internet PPV.

I actually watched that show live at a friends house and realised two things very quickly, firstly that ROH needed to shorten the lengths of their shows and secondly that picture quality would need to be improved. The in-ring ability of the wrestling shown although obviously important would not be enough on its own.

ROH's original arrangement was with gfl.tv and dependent on venue and good fortune the shows ranged from impressive to complete failures. When everything worked, the reviews were generally very positive but when there was gremlins in the works fans found themselves experiencing a very frustrating experience.
Now generally if the live feed proved to be problematic the replays were generally of very good quality but of course they were missing the all important special ingredient, they were not showing a live event. After problems at both Wrestlemania weekend shows, ROH decided to move away from gfl.tv This had both advantages and negatives, with the main negative being that they they are basically blaming their broadcast partner for all the previous faults and if those same faults exist after their move away then they would look pretty foolish.

ROH decided to show the event on their own website, to try and ensure that they would be able to cope with demand they offered a CM Punk vs Bryan Danielson match to watch on their website free as a trial. Unfortunately for ROH their site crashed but they came to the conclusion this was because thousands of wrestling fans were trying to watch that match without paying a fee.

They felt that the number of fans ordering the 'Border Wars' iPPV show would be considerably lower and that their server would be able to cope with fans buying the show. Sadly this was not the case, the show was a complete disaster if you were watching on a computer. Even 24 hours after the event ROH had not been able to offer the show to the fans who had paid good money to see it.

The show itself from what I can gather was a very entertaining affair in front of a great Toronto crowd but that's pretty much irrelevant if you can't see the show on your computer. Now of course fans will be able to see the show on DVD in the future but you cannot escape from reality of what this means to ROH on iPPV.

They have offered fans who bought this show that they will get the next ROH iPPV show for free which is a nice gesture and a classic example of damage limitations. But raises a rather obvious question which is this: If the hardcore ROH fans are getting the next iPPV for free, then who is actually buying the next show? The last few ROH iPPV's have unfortunately had some issues which could have easily put off paying fans.

The issue as not stopped with gfl.tv, it is clear to me as a wrestling fan that it will take a number of iPPV events to run smoothly without any kind of issue before you get anyone ordering these shows who are not classed as hardcore ROH fans who we know now will not be paying for the next show. This can only mean that a major revenue of income for ROH, one that they really can't afford to lose is already on the verge of disaster.
Posted by WrestleFigsUK at 05:13