Women In Wrestling By Robert McDowall 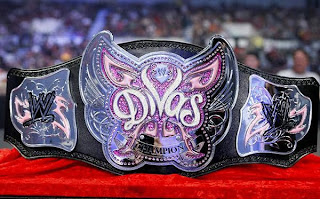 Call them “Divas”, call them “Knockouts” or call them something a lot worse. Everyone has an opinion on women in wrestling, whether it’s the guy who calls the one match per PPV a “piss break” or the guy who licks his lips at the scantily clad ladies.

As wrestling moved into the PG era (which is understandable when you look at the massive amount of revenue they can make from kids) they could no longer have Bra and Panties matches, Jerry Lawler could never scream “Puppies!” and we could no longer see boobs on TV. So what were they gonna do with all the expensive arm candy they had? Fire them? Could you imagine the backlash if WWE fired all of their female wrestlers?

The fact is that our view of “women’s wrestling” is white washed by the crap WWE shoves in front of us for gender equality and to amuse the pervs. We’re coming into a new age in wrestling where people are starting to appreciate guys like CM Punk and Daniel Bryan instead of the tall, muscly “Superstar” yet we still think all women wrestle like Kelly Kelly or Eve?

Do you think all women look like Cheryl Cole or the Kardashians? For every Cheryl Cole there is a Susan Boyle. Someone who is exponentially more talented but will never receive the same amount of press coverage. Susan Boyle will never have a footballer husband and that is a sad reflection on us in general.

TNA are ever so slightly better. Their matches are proper matches, they have women’s tag titles and the Knockouts can actually work. They still have Tazz acting like a younger Jerry Lawler but they’re getting there. Slowly.

If you wanna see proper women’s wrestling then my advice is the same for anyone who tells me they wanna see proper wrestling in general. Go Indy! Independent wrestling is the last true bastion for this great sport. And it is a sport. I dare you to tell any wrestler to his/her face that it isn’t.

Having trained with a wrestling school I can’t begin to tell you how hard these girls work and how dedicated they are. It may just be a coincidence but at least 5 extremely talented female wrestlers have come from the one wrestling school in Glasgow. Any girl who walks into what is seen as a man’s domain instantly has her back against the wall. Whether it’s wrestling, engineering, construction or driving a taxi. This triggers the Fight Or Die reflex and they are either overwhelmed or they thrive. With the right training and support there is no reason why they can’t all thrive.

Despite all this, there will still be people who will laugh at them or won’t respect them and there will still be guys who just see them as arm candy. My hope is that for every person that thinks that way that there will be just as many who appreciate them as equals in the ring. For that to happen though, we’re gonna have to start lobbying . As I mentioned, people are really getting behind the whole Indy scene which has seen wrestling change to adapt. Think about that for a second. Wrestling. Change. WWE. Change. This is the company that has 2 black wrestlers and puts them in a tag team with the gimmick of criminals. The company who takes 2 members of the most prestigious wrestling families in history and makes them adhere to every Mexican stereotype there ever was or will be.

If you agree with me, great. If not, still great. At least you’re thinking for yourself. Something that a lot of wrestling fans seem unable to do when it comes to stuff like this. But before you dismiss me or laugh, watch some Manami Toyota, Lady Apache, Sara Del Ray, Madison Eagles or if you can find it, a real Natalya match.

Saving that, try not to think of the ladies of the WWE or TNA as ladies. Take out the “sex factor” by imagining that they’re your mother or sister and see if you appreciate it. There is hope for us all yet.
Posted by WrestleFigsUK at 09:19