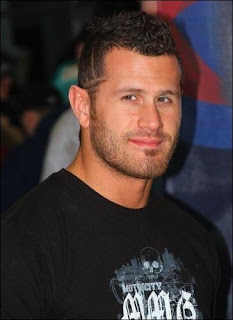 So we learned last week that Alex Shelley has chosen to either quit TNA or not resign with them. On the surface, it may seem like a suprise to many observers. He has had a pretty decent run in TNA the last few years as part of the Motor City Machine Guns, so why tamper with success. Why leave a company where you have reached a comfort level and are in no danger of losing your spot. TNA's tag team division has dried up over the last year so the Guns will always be in a position to challenge for the belts. Not to mention that the X-Division is championed by Austin Aries, a man Shelley has known and competed with for the better part of a decade. So why leave now and what is on the horizon for the former "Paparazzi Productions" front man.

Option 1- Take time off and come back to TNA. There is no place like home and that is what TNA has been for the last 8 years. If Shelley can take solace in anything, he needs to look no further than his former Generation Next partner, Austin Aries. After a couple of lackluster stints in TNA before, Aries has caught fire and taken the company by storm. He is currently feuding with some of the top names in the company and Bobby Roode has even requested a feud with him now. Shelly has just as much talent and charisma as Aries and if given the right angle to shine, could ascend the ladder just as easily. He could also take the easy way and just stay with the Guns and keep teaming with Sabin and possibly become one of the elite tag teams of all time. Its easy to see TNA building a new tag team division around the Guns with their boyish good looks and innovative offensive styles. TNA is far more conducive to a guy Shelly's size and offers a far more relaxed travel schedule than WWE and offers more appeal than Ring of Honor.

Option 2- Go back to Ring of Honor.Right now, this might be the most obvious place Shelley goes to. Ring of Honor is where Shelley first gained notice in the wrestling business and fits his style perfectly. It's quite possibly even better than before with how hot the current world champion,Kevin Steen, is right now. Story line was it's simple. Jim Cornette vows to get the belt off of Steen and doesn't care who takes it. Cornette tries the guys on his roster and when that fails, he goes out and starts hiring face mercenaries to come in and take the gold. He brings in guys like Shelley, John Morrison, MVP, Matt Hardy all in an attempt to get the gold off of Steen's waist. This would give Shelley a chance to shine against on of the top workers in the US and possibly capture his first major World Title. It also gives Shelley a chance to work with guys in his size frame and really showcase his wrestling talents. The other thing ROH does better than any other company is listen to its fans. If someone catches fire with the fans, the company runs with it. If Shelley were to catch fire, the company could capitalize on his charisma and talent.

Option 3- The WWE. Shelley could make a run at a WWE career. he has the looks and the talent to make a name for himself in the land of sports entertainment. For all of the noise people make about the WWE being overly friendly to big guys, the WWE has shifted gears in the last few years. The Giants who dominated back in the 80's and 90's have been replaced by current title holders CM Punk and Daniel Bryan, guys who were former ROH Standouts. In the last few years we have seen Christian, Miz, Rey Mysterio, Jericho, and Jeff Hardy all hold world titles in WWE and none of them are much bigger than Shelley. Then there is also talk of the WWE Cruiserweight show that is coming when the WWE launches their network ( yeah, they are still working on it). This would give Shelley a platform to showcase his talents against rumored opponents like Tajiri, Brian Kendrick, and whoever else the WWE can scrape up to put this show together. I'd like to think that this show will succeed but then again I also thought NXT Redemption would be done by now. Vince knows talent when he has it for the most part and does a good job of putting it in positions to succeed. Plus, the pay is better and the exposure is better so even if a career in WWE fizzles, Shelley then could launch that into a bigger money deal with TNA.

Where Shelley goes from here is anyone's guess. But when you are young, talented and have the ability to grab a mic and entertain people, the sky should be the limit. You just have to hope that he doesn't get pigeon holed as just a cruiserweight in a place like WWE or fall into obscurity in a place like ROH. Best of luck Mr. Shelley in all your future endeavors.

You can follow me on twitter @captainomg and give me your thoughts.
Be sure to check out The Still Real To Us show by going to wrestlechat.net & http://facebook.com/WLH11 EVERY Thursday
And be good to yourself and others.....but mostly yourself.
Until next time, It's Been Obvious.