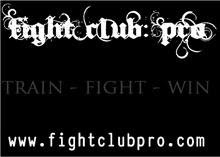 Hi all, just a little blog about some upcoming shows here in Britain. This coming Friday, May 18th Fight Club: Pro return with a show at The Planet in Wolverhampton which will be headlined by MK McKinnan against top US indy guy Chuck Taylor known for mostly working in CHIKARA & DGUSA. This match should be off the charts, MK as many of you will know is a favourite of mine and Taylor is a great worker himself so I’m expecting great things from him. Also announced is CZW’s DJ Hyde against ‘The Bastard’ Dave Mastiff who is undefeated in FCP so will DJ Hyde be the man to hand him his first loss? Just today as of typing this Clint Margera has challenged CZW’s world & Ultraviolent champion MASADA to a death match so anyone coming to the show can expect an all-out war between these two. Trent Seven has issued a challenge to Sami Callihan for a match which as of yet is unanswered but I’m sure it will be and these two will beat the crap out of each other once again.

If you are in the UK and not too far from Wolverhampton try and make this show because at a mere £5 a ticket, it is GREAT value for money.

On May 27th, SouthSide wrestling present Notorious II, the card is pretty stacked featuring former WWE star Rene Dupree who will take on The Rockstar Spud. Also on the card, SouthSide champion T-Bone will defend his title against Rampage Brown, Marty Scrull will defend his Speed King title against Mark Haskins plus there will be a money in the bank style match with Jonathan Gresham, Jonny Storm, Martin Kirby, Max Angelus, Robbie X & Nathan Cruz. It really does look like a good card, it’s a shame I’ll not be able to attend myself as I’ll be at another show but if you can go then do so – here is the events page on facebook: https://www.facebook.com/events/204072962970436/ 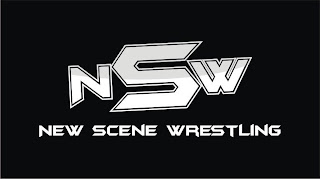 Another show I want to talk about is from New Scene Wrestling here in Birmingham and it is NSW Presents Futures which will take place on June 23rd, for more details on the show, search and LIKE New Scene Wrestling on facebook. A match announced to me is ‘The Bastard’ Dave Mastiff vs. Kid Fite. More matches to be announced soon, very soon. Please LIKE the guys on facebook by going to http://facebook.com/newscenewrestling

The same night as NSW, Southside will be having another show and again it will be featuring Rene Dupree, this show is entitled Menace II Society II – Here is the facebook events page https://www.facebook.com/events/173150709411954/
Thanks for reading guys, if you haven’t yet please LIKE us on facebook – http://facebook.com/TheIndyCorner
Posted by WrestleFigsUK at 13:58