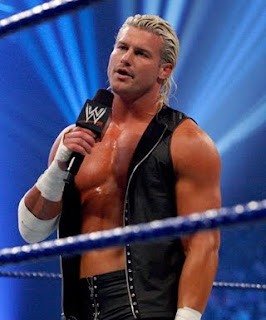 We, as a wrestling community, are always clamoring for the next big star. We seem to want to see what the younger talent can do when given the chance. But when those chances don't come as fast as we want, we tend to react quickly and severely and wonder what in the hell are these companies doing. But each company has their own style as to build their main event roster and we are gonna take a look at how it's done.

WWE has a very distinct plan of action when it comes to building their top level stars. Everyone in the last 20 years has gone through it. It's the WWE's way of finding out how each Superstar can handle success and failure before they hit the big time. First, the Superstar debuts on TV, usually via vignettes or backstage segments. The Superstar then goes on a long run of squash matches and defeating lower level stars. Then, they are given a taste of gold by either competing for a US or Intercontinental Title or even winning the title. They get a small run at that level before dropping back to the pack with a string of losses to guys they should be defeating. Now, depending on how they handle that success and failure determines the next course of action. Guys who don't show promise of being an elite level player get stuck at mid level for a long time and it could take their own actions to show creative that they can be seen in a new light. Those who show promise may get a renewed push as an underdog type character or they get the ever popular character turn in order to refresh their character and show them in a new light to fans. Let's use Randy Orton as an example. Orton came to the WWE and was show in small vignettes and had a small push to start followed by a string of losses. Luckily, in a sense, he injured his shoulder and was taken off TV for a while. When Orton returned, he was turned heel and showcased in Evolution as the future star while sharing time with the legend, Ric Flair, and the present cornerstone, HHH. He was built gradually from mid-card talent to finally being allowed to shine. Orton became the youngest WWE Champion of all time and was promptly turned face in a feud against HHH. Then after a brief time as a face, his character turned heel and took on a new persona and he went to a new level of stardom. Now he is one of the cornerstones of WWE.

TNA is the scavengers of the wrestling world. If you look at the top main event level guys in their company, only two were home grown. If you add in AJ Styles, who basically is back in the mid-card level now, that makes 3. What TNA does is wait by the phone until someone gets released or their contract is up and then they offer them a job with a decent salary but a lot less travel time. It's easier on the body and allows the wrestlers more home time with the family. The bad side is, we see the same guys on TV that we have seen for the last 15 years and the brand isn't building an identity of it's own like they did in their early days. Think of every major star they have right now except for Roode and Storm. Kurt Angle, Jeff Hardy, RVD, Mr. Anderson, Hulk Hogan, Devon, Bully Ray....all guys who achieved success somewhere else first and then came to TNA and were thrust upon the main event stage. Even past workers like Booker T, Kevin Nash and Scott Steiner fit into this category. The best part off TNA has been their undercard division where their homegrown talent lies. The problem is they never really give them the ball to run with it.

I'm using Ring of Honor as the third promotion because they are number 3 in the US and they have another distinct style. ROH uses the old school grinder approach to building someone. You start at the bottom and work your way up. Everyone on their upper level has done this. It's the way to earn respect amongst your peers and those in the creative process. It builds character and allows the fans to watch you grow as a performer in the ring and on the mic. Kevin Steen went from being a curtain jerker to very possibly being one of the top 5 favorite performers among internet wrestling fans. Davey Richards started out as a protege' of Kenta before becoming the World Champion in Ring Of Honor.

The ways of elevating a wrestler from potential to actualization are numerous. All anyone can ask for is to see their favorite performer given the chance to shine. Next ime we are going to take a look at my top 10 guys who never realized their potential in wrestling. If you have guys I should consider, hit me up on twitter @captainomg or on facebook @ facebook.com/captainobvious3d. For now, It's been Obvious!

Captain Obvious Trey Dent
Co-host of The Still Real To Us Show
Posted by WrestleFigsUK at 11:23