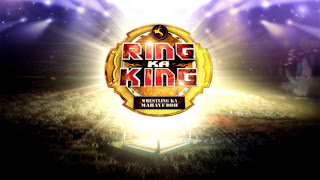 As wrestling goes, India has always been the nut that hasn’t been cracked as regards a promotion. WWE and TNA have both had tours of some kind to the country, but that never quenched the thirst for wrestling by the Indian public. This was a problem, that Jeff Jarrett, and his shrewd wrestling mind would soon come to deal with.

In the latter half of 2011, Jarrett along with backing from TNA, and input from names like Dave Lagana & Dutch Mantell, pitched an idea, for a weekly television wrestling show, filmed and shown in India to help plug the gap the country had as regards wrestling for their country. With the idea approved, and picked up by world renowned TV company Endemol, all that was left now was to put together a multi-cultural roster fusing together the best international talents with India’s very own breed of stars.

As the December 2011 taping dates drew nearer, Jarrett along with Lagana and Mantell, began to form a roster of talent, reaching from former TNA talent, WWE “Future Endeavours” and Indy stars looking to make a bigger name for themselves on a more global stage. Amongst the most high profile names were 3rd Generation star Chavo Guerrero, Former WWE tag champion and Hart family member Harry Smith, prominent Indy stars Joey Ryan and Jimmy Rave & former WCW Heavyweight Champion Scott Steiner. With a plethora of talent, the company was definitely well equipped to put on some high quality matches for their new audience.

Endemol were 100% behind the project of Ring Ka King, and in conjuncture with TNA, they went about promoting the companies inception and upcoming debut as an unmissable event. Amongst their plans, were to erect around 50 advertising boards around the city and country, to get India behind this new company, and make the country excited, because Pro Wrestling was finally India bound.

December soon rolled around, and Ring Ka King went into production for the 1st time. Based in the city of Pune, India, the company worked off a similar basis as its parent company TNA. A smaller arena, where by capturing the atmosphere and intensity and making it widely visible to the viewing television audience. To add that extra hype to the show, the extra dazzle it would need, they enlisted Indian cricket legend Harbhajan Singh to host the show. Singh, who is regarded as a modern day sports god in his country, obliged and became the shows host, a decision which would inevitably benefit the company.

Come the debut show, the atmosphere was electric, frenzied, and described by one person as “near to riot”. The fans were onboard, the roster was packed, and the booking had been done. Only thing left to do, was kick off this new promotion. As the show kicked off, Ring Ka King showed why it was different from other promotions. We opened with Bollywood dancers, filled the ring, bright colours, loud music and an excited buzz in the air. They were showing that they weren’t just another company, but one who respected the country they were in and were giving their fans what they wanted to see.

The 1st thing that this fledgling company need to do, was to announce a tournament for the newly created Ring Ka King Heavyweight Title. Involved were star names like Matt Morgan, Nick “Eugene” Dinsmore, Scott Steiner and Magnus. They competed over a number of weeks, to crown the inaugural champion, in matches which would put India’s finest against the aforementioned superstars. In a tournament that is currently on-going in the Ring Ka King episodes, I can guarantee you some exciting, high paced matches between some of your favourite stars, and a few surprises along the way.
Aside from the WHC title, we saw the debut of an Indian star in the making. Mahabali Veera was in action against the experienced head of Nick Dinsmore in the 1st round of the Tournament. As soon as his music hit, he was instantly over with the crowd. I will go out on a limb, and say that it was the best pop of the night. They were behind every punch, every suplex and every moment of this young mans TV wrestling debut. He seemed to be very ring aware, and showed no fear about a more experienced opponent in Dinsmore. He handled himself well, did each move to perfection and won via Thrust Spinebuster. This guy is definitely one to watch in Ring Ka King, and I definitely tip him for bigger things both within this company and elsewhere in the world.

Now to the important part for me. Ive been a wrestling fan all my life, grew up with it as a passion, not just entertainment or a sport I watch. Ive seen many changes within the industry, various era’s and companies come and go on various occasions. But with Ring Ka King, I get a really good feeling that its breaking boundaries, both culturally and visually. Its showing that Indian wrestling fans, are passionate and devoted like any other around the world. It bring an immense sense of happiness for me, to see TNA and Endemol, breakthrough with this company and provide India with the building blocks for their very own wrestling dynasty. Not just to send their wrestlers abroad to the classically larger companies, but to build them up, and use them in their own organisations.

All I can say, is long may Ring Ka King continue.