The Indy Corner (02/02/11) Featuring An Interview with Lionheart 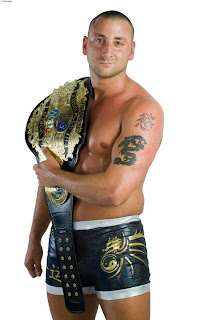 This week on The Indy Corner Stu Rodgers & Duckman return with all good things independent wrestling. We talk WrestleReunion from the past weekend. Stu does a report from FightClub: Pro's first show of 2012 'Resolution' from January 27th and then the guys discuss the match announced by ROH for the Tenth Anniversary Show - ROH Tag Team Champions The Briscoes vs. The Young Bucks. To end The Indy Corner Duckman conducts an awesome interview with top Scottish wrestler Lionheart Adrian McCallum who has wrestled for both TNA & the WWE amongst many British promotions. Check out The Indy Corner in full below.

Check out this great career highlight video of Lionheart