Sitting Down With Steen - Justin Golightly 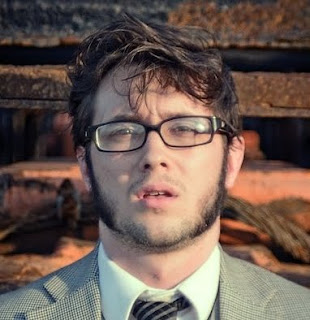 (Here on the left, the man himself - Justin Golightly)

A sport so rare and unfathomable that, if it didn't exist, would you be able to invent it?

My love for the sport started back when I first saw Sting, the surfer maniac, feuding with the Nature Boy Ric Flar. Sting would summon up the force of mighty Poseidon and go all roid rage on Flair after taking every dirty trick in the book. It was then that I knew I was hooked, hooked in the warm and onion-smelling headlock of Pro 'Rassling.

The more things change, the more they stay the same. I'm proud to say that I am living my dreams and shooting a documentary about the sport of Independent Wrestling through the experiences of my best friend of over a decade, Chase Brown, who is becoming a Professional Wrestler himself. In just six months covering this, I've already been afforded more opportunities than I've ever thought possible. One of these is the candid interview with Ring of Honor World Champion Kevin Steen that I was able to do after a show in which Chase was on the same card. This is the very interview you are about to see...

This is just the first installment of interviews I am going to conduct with every wrestler that will let me sit down and talk to them for a bit. These aren't just shoots trying to dish out the dirt on everyone like some sort of wrestling gossip rag. No sir. I sit down with these guys and try to have real conversations with them. Wherever those conversations go, that is where they go.

In midst of this conversation, Steen talks about going to Japan, advice, the WWE and much more. What you see is completely unedited. I even left in my horrible, redneck voice asking the questions.

So, here it is, clocking in at over 12 minutes and I'm proud to say is a Wrestling's Last Hope exclusive.

With love from the States,

J. Golightly
Posted by WrestleFigsUK at 09:31