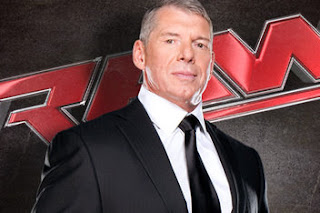 WWE Chairman, Vince McMahon said the UFC’s ratings were “abysmal”. Personally, I found this funny and actually quite sad. UFC President, Dana White has been nothing but respectful when talking about Vince McMahon and WWE and yet Vince decides to have a dig at the UFC’s low ratings? Something tells me Vince should stop worrying about other company’s ratings and start worrying about his own.

WWE’s ratings have been poor for a while now; but as you all probably know by now; Raw recently drew a diabolical 2.48 rating. This was the lowest non-holiday draw for Monday Night Raw in over 15 years. Don’t be surprised if that record is broken by another awful rating in the coming months though, because from what I can see, WWE is only heading in one direction…and it’s not up.

Let’s compare UFC and WWE PPV’s for a moment, because despite the fact that they are two different kinds of organisations (WWE a wrestling entertainment organisation and UFC a Mixed Martial Arts organisation); the UFC are WWE’s biggest competition; not TNA.

WWE has been around a lot longer than UFC and I think Vince McMahon should do some research before he opens his mouth. Both organisations have poor ratings but look who’s winning on PPV buys…

Anyway; back to the point which is; how the WWE can improve the ratings an eventually the PPV buys…

DON’T GIVE US SO MUCH WEEKLY PROGRAMMING!

The three hour format sucks, period. People already struggled to sit through two hours; let alone three. Change this back to two hours and get rid of the damn “Super Show”.

Smackdown not Super Smackdown; give this show more important matches. I know people who never watch it and miss nothing. Want an example? It was just a couple of weeks back that they had a Big Show vs. Great Khali main event. I’ll leave it at that. It speaks for itself.

I have no problem with this show; in fact it’s the WWE show I most look forward to every week.

These shows should be scrapped. If you want to use talented stars such as Alex Riley and Drew McIntyre; put them on Raw/Smackdown instead of having John Cena, AJ Lee, Sheamus, CM Punk and Ryback in 3-5 segments each and every week.

I don’t watch these; but I have no problem with them as I know a lot of the younger fans like to watch them and it also gets stars like Zack Ryder more over with the kids.

There’s almost one PPV every month in WWE. There is no need for this. Elimination Chamber, TLC and Hell in a Cell should not be PPV’s; they are match types and that is all they should be. I’d say have: Royal Rumble in January, No Way Out in February, Wrestlemania in April and Extreme Rules in May. Then instead of Money in the bank in July have King of the Ring back. Have SummerSlam in August, Armageddon in October and Survivor Series at the end of November.

Not everyone needs to be pushed to the top. Rhodes, Sandow, Kofi, Truth, Cesaro, Kidd, Santino etc can compete for the mid card titles and we can still be interested if booked well. There are plenty of guys at the top who whether you like it or not; are going to be there for a while. There are still many feuds that can be made from these guys that haven’t really been done before or at least haven’t been done recently. Put John Cena with Wade Barrett, put Sheamus with Punk, put Big Show with Randy Orton and put Bryan in a feud with Miz. In a few years when Cena, Orton and Punk are ready to take a backseat; THEN they can pass the torch to the mid card guys.

People talk about the Attitude Era; I remember the gimmicks played well by the individual and some of the mid card guys from that era are among my favourite of all time list. Some of them include: Stevie Richards, Al Snow, Val Venis, Gangrel and D-Lo Brown…so there’s no reason why guys in the mid card today can’t get over and stay over until they are ready to go to the upper card.

Daniel Bradley
Posted by WrestleFigsUK at 14:26