Your Task: Save TNA

On facebook & twitter recently I asked the question - Fans, what can improve @TNAwrestling ? Seriously, what can be done to get the product more positive coverage?

They are being ripped a new one from here and there and everywhere in between. I don't think at any point in their exsistance have they been the bigger supported company over the WWE. This is not too much of a shock being as most fans began as WWF/E fans and have stayed that way to this current day but they haven't done anything to help themselves either. Bad decisions by Dixie Carter and whoever else has the 'power' has led TNA down this path. She doesn't book TNA but employs the people who do, more notably one Mr Vince Russo. I for my sins have been a defender of Russo back in his WWF then WCW days but he all but killed WCW but once again, like in TNA now, if he is allowed to do what he can, how can you blame him? 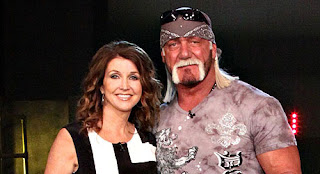 Hogan & Bischoff promised so much yet delivered nothing at all really. The Hogan name was supposed to catapault TNA into the upper tier of wrestling/sports entertainment but instead, they are just basically a joke compared to the WWE.

I am not writing this as an anti-TNA fan and pro WWE fan, I don't like the latter that much either, I really want TNA to succeed because, we know when WCW went out of business the WWE had no competition and it told in the product. At this rate, TNA really won't be around that much longer and that will be bad for the business in my opinion. 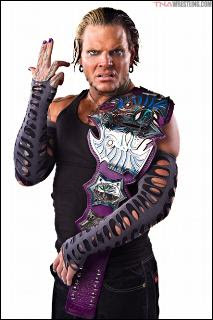 TNA got even more heat after last Sunday's PPV Victory Road when Jeff Hardy was allowed to go to the ring and wrestle in the companies main event world title match against Sting. The match went for less than 2 minutes and was a total debacle. Hardy, going by all accounts wasn't in a fit state to wrestle. As I mentioned on the Total Wrestling Show, who was worse, Hardy for doing it or the TNA powers that be allowing it to happen?

I said it earlier, I really want TNA to better themselves and improve their product for the business as a whole and the boys & girls that work there.

I want anyone reading this with ideas to please post them I am interested in feedback and you never know, the right person might see this article and your comments.