Looking Back at Wrestlemania - Part Five With Shaun Nicols 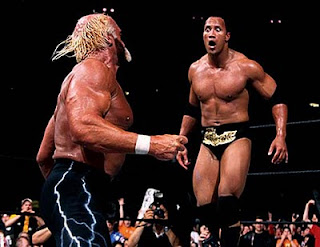 Wrestlemania X8 - Main event was Triple H defeating Chris Jericho for the Undisputed title, although Jericho had held the title since December and actually gone over both Austin & Rock in the same night he had never been booked as a convincing champion and few fans were surprised when The Game pedigreed his way to success. To most fans the main event was The Rock facing the nWo's Hulk Hogan. Although booked as the heel, Hogan managed to make himself the most popular wrestler on the show which wasn't the plan. Although The Rock won their match, Hogan definitely made his impact on his first Wrestlemania match since 1993. The Undertaker secured his tenth Wrestlemania victory in an entertaining victory with Ric Flair, Steve Austin surprisingly found himself in the midcard defeating Scott Hall, Austin had turned down the opportunity to wrestle Hogan on the show. The tag titles were starting to lose their gloss when they were successfully defended by the 'legendary' Billy & Chuck. In other title matches, European champ DDP beat Christian, Maven (winner of the first series of Tough Enough) wrestled to a no-contest with Goldust in a Hardcore title match, RVD won I-C title in the opener against William Regal. 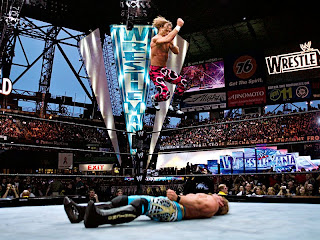 Wrestlemania XIX - Hailing from Seattle, it proved to be third time lucky for The Rock when he finally beat Steve Austin at Wrestlemania, the main event though was Brock Lesner defeating Kurt Angle to win the WWE title. Lesnar and Angle had great chemistry together and they provided a fitting finale. I'm sure that Vince could have done without Brock Lesner nearly breaking his neck after he botched a shooting star press in the final moments. The third of the shows main event was Hulk Hogan back in the yellow and red defeating Vince McMahon in a streetfight. Triple H retaining the World Heavyweight title against Booker T. The Undertaker found himself on second on the show though he had little trouble beating The Big Show & A Train in a very poor handicap match. Match of the night arguably went to Shawn Michaels victory over Chris Jericho, I still feel that Shawn had little to gain in winning and it hurt Jericho's credibility as a main eventer in his first run. Team Angle (Shelton Benjamin & Charlie Haas) defeated Los Guerreros and the makeshift team of Chris Benoit & Rhyno. Apart from the the Hogan-McMahon match, most of the main matches of Wrestlemania did deliver making this one of the better Wrestlemania cards so far. 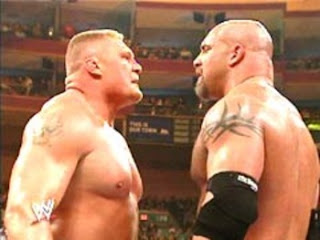 Wrestlemania XX - The WWE didn't have a great deal of faith that having Chris Benoit challenging Triple H for the World Heavyweight title so they added Shawn Michaels to turn it into a 3 way. They did have a great match, with Benoit having his career highlight when he made The Game tap to the crossface. This show was supposed to show the new wave of main event talent as Eddie Guerrero was victorious in his WWE title defence against Kurt Angle in a good outing. They ended the show with Guerrero and Benoit hugging after Benoit had won his match. In other matches, Goldberg defeated Brock Lesnar in a terrible match that was refereed by Steve Austin, both wrestlers left the promotion after the show, Undertaker got the best of Kane for the second time. Evolution (Orton, Batista & Flair) beat The Rock and Mick Foley in an entertaining handicap match which also proved to be The Rock's last WWE match. John Cena beat The Big Show for the US title, Molly Holly had her hair completely shaved when she lost to Victoria. Also on the show Christian defeated Chris Jericho when Trish Stratus turned heel. 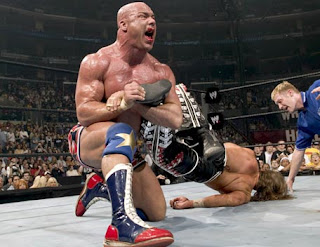 Wrestlemania 21 - Where Wrestlemania went Hollywood, the WWE also made the decision to push John Cena & Dave Batista hard, Batista had his biggest victory of his career so far when he defeated Triple H to win the World Heavyweight champion. John Cena also won major gold when he defeated JBL to win the WWE Championship. However match of the night honours went to a more familiar feature of Wrestlemania's past when Shawn Michaels and Kurt Angle tore the house down for nearly thirty minutes. Rey Mysterio made his Wrestlemania debut beating friend Eddie Guerrero in the opener, Edge won the first Money in the Bank match. The Undertaker had his 13th victory by defeating Randy Orton in a very good match. For seemingly for comedy purposes The Big Show found himself losing in just over 60 seconds to Akebono in a sumo match. Most fans have the view that upto the two final matches, this was one of the great Wrestlemania shows however the Cena & Batista matches both failed to live up to the hype and lacked drama and so the show felt a little bit flat by the end.
Posted by WrestleFigsUK at 22:07