Does the UK scene really want it’s own version of WWE/TNA? By Robert Shade 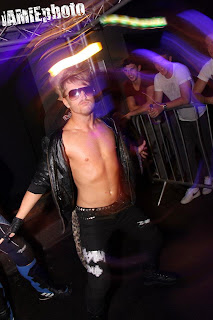 I keep on hearing of various people who work in the UK indy scene saying how we possess the wrestlers, the promoters and the support to amalgamate everything and have our own UK weekly big company along the lines of a WWE or TNA with it being televised and held in big arena’s assumingly to crowds numbering in the thousands with a regular commentary team and the wrestlers selected probably under contract preventing them from appearing elsewhere.

Is this the ultimate pipedream for our scene or could it be the absolute ultimate nightmare?

A lot of people I know who love indy wrestling watch the big boys almost out of habit or because they want to stay in the loop of what Is happening as opposed to being really on the edge of their seats with excitement at what they are viewing unlike at a live indy show when it can be a truly exhilarating experience.

So why the hunger for this?

I can see that if it worked the wrestlers would be able to make a comfortable living from it and would work less dates than currently for more money so fair dues, they would also be on television which would make them more likely to cut the grade one day in America.

I can see that whoever was running the show if it went well could make a lot of money out of it and who can blame them for that?

But do the fans benefit? We would have one weekly show as opposed to any number of options most weekends at various indy events around the country, even if this big weekly show moved around the country it would mean that most of the population each weekend could not watch wresting of any real quality (as the big company would no doubt procure the best and most watchable talent).

Currently most indy shows charge adults between £5 and £12 for a show, if they moved to large arenas with big bills to pay what is the betting that those prices would increase two or threefold or even more?

What type and standard of matches would we see, let’s make no bones about this, if this was to work it would need to be on a popular channel and in the current politically correct world we live in it would by necessity have to be a heavily sanitised product very much along the lines of the WWE which we so frequently complain about for precisely that reason.

How likely is this to happen and is it realistic?

We have plenty of guys who can produce x division style matches you know the high flying technically wonderful type of matches that most of us love, we do have in my book an underestimated heavyweight scene in the UK, Stixx and Dave Mastiff are only two of a number who for their size are capable of some pretty amazing in ring stuff, Rockstar Spud can cut a promo to rival CM Punk or anybody else in America and with wrestling very popular on television - WWE frequently receives more viewers on Sky Sports than Premiership Football, TNA is often the most watched program on Challenge and now Wrestletalk has made it onto the box, it would not be that big a shock if a television company was approached in a professionally packaged approach from UK promoters for this that it could indeed happen.

I do have my doubts though over whether or not we possess the fan base for this, it is possible if such a company survived in the short term that over time the crowds would increase as people watching on TV got to identify with the wrestlers and bought into the storylines, after all they turn up in their thousands every time WWE or TNA put on a UK house show but initially I doubt that enough current hardcore fans would be prepared to back with their money on a weekly basis a company which is taking away from the core what they love with a passion and at vastly inflated prices, TV loathes showing events with lots of empty seats with the impression it creates on viewers and also the lack of atmosphere so if this happened they may need to be prepared to start in smaller arenas where it would be packed with a cracking atmosphere then build up into the larger arenas as and when possible.

So yes I think that it could happen in those respects BUT do I think being honest about it that it would happen and my answer is an absolute NO.

I wrote an article recently about safety for wrestlers and the responsibility of promoters to ensure that is their foremost concern at all times and I suggested the formation of a regulatory system/body to register said promoters with once they had passed stringent tests upon their H&S procedures and their emergency plan if a wrestler got seriously injured on their show.

I pointed out that it will only take one wrestler to end up in a wheelchair or worse due to an injury suffered at an indy event where legal action was taken and it was proven that the indy company had failed to provide adequate safety procedures and not only that indy company but the whole scene would be instantly shutdown due to potential legal ramifications.

All I have seen since then is bickering amongst various promoters and wrestlers and people who run wrestling schools over whose fault the most recent incident was and going in circles arguing amongst themselves even resorting to name calling in public forums.

It is the same issue it seems whenever a suggestion is made over working in a unified manner to move british wrestling forwards, it seems that self interest and defending their own manor takes precedence over working together to form coherent policies for the good of UK indy wrestling.

In an ironic way I am quite relieved that is the case in some respects as it means that what I believe to be this monster hanging over our heads of this big company being formed is highly unlikely as it would require various warring promoters to work together and for some to make sacrifices for the greater good as you can only have one top man! However it is disappointing in other respects when nobody is taking the lead, looking at the bigger picture and putting squabbles to one side and prioritising the safety of wrestlers.

So to conclude I think such a company could happen and could work but would require solid and unified leadership and be backed by proper guidelines and procedures but I am quite sure that it will not happen for the reasons outlined above and from a personal stance I for one am glad of that!

Please feel free to rant at me or agree with me, my twitter is @Shadetheshoot.
Posted by WrestleFigsUK at 14:38