TNA have rebranded themselves because 'wrestling matters'. I for one am happy one of the big two are emphasising that wrestling is was matters. We all know TNA has it's problems with it's product but at least they are making an effort for those of us who are still fans of pro wrestling rather than the sports entertainment offered by WWE. In saying that, listening to various podcasts I heard WWE provided some good matches recently on TV Orton vs Christian, Tyson Kidd vs Trent Baretta & Daniel Bryan vs Sin Cara. I did obtain all 3 matches and I watched the latter 2. I enjoyed Bryan vs Cara despite the Chavo Guerrrero Jr interference and Kidd vs Baretta was OK and was in it's rightful place on WWE Superstars.
This gave me hope that they would focus a bit more on the wrestling aspect of the show but alas it's not going to happen. I heard one of the former WWE writers say on another former WWE writer's podcast Dave Lagana - http://IWantWrestling.com that some years ago, a promo was cut in the WWE and Vince heard the words belt or strap being used and he told them to re-film it. This just goes to show, if you didn't know already as Vince has removed Wrestling from WWE that they just don't care for wrestling anymore. 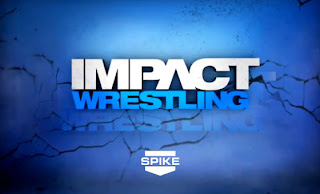 I started off this article saying how TNA, sorry, IMPACT Wrestling have their new Wrestling Matters drive on their product but they have put their X Division title on super heavyweight Abyss. This doesn't bode well for the X Division and yet the Destination X PPV seems to be XD orientated by looking at the poster which also includes the six-sided ring too. My good friend George Jones of the Aftershock Pro Wrestling talk show said they should bring back the World X Cup back but I said to him "since when have these companies did anything for the fans"?

There's nothing more I'd like than for these two companies to buck their ideas up and give us good wrestling but it just won't happen, WWE have these Hollywood writers and IW has Vince Russo so that just sums it up.

Ring of Honor have recently been bought by the Sinclair Broadcast Group and these guys are BIG and so things are looking up for the company who's humble beginnings back in 2002 saw the wrestling product in North America jump up tenfold. I hope ROH do well out if this new deal and I want to wish Cary Silkin, Jim Cornette, Delirious and everyone else associated with the company the very best of luck.