Email ALL predictions to wlhstu@aol.co.uk 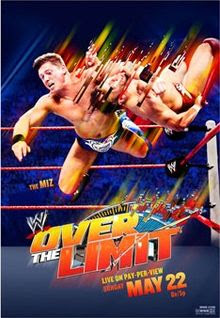 1 John Cena (c) vs. The Miz"I Quit" match for the WWE Championship

3 Jerry Lawler vs. Michael Cole ("Kiss My Foot" match. If Cole wins, Lawler will surrender his WWE Hall of Fame ring to him. In addition, the loser must also kiss the winner's feet.

8 Brie Bella (c) vs Kelly Kelly Singles match for the womens title
Posted by WrestleFigsUK at 13:36

Email ThisBlogThis!Share to TwitterShare to FacebookShare to Pinterest
Labels: WWE PPV Over The Limit Wrestling Matters