TNA vs. WWE “We’re On The Road” By Nick Mason 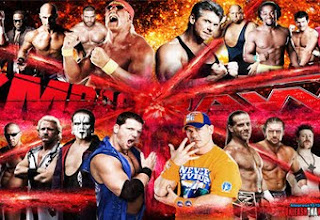 Good day to all who have once again found Wrestling’s Last Hope!

The whole internet wrestling community were sent into shock that Dixie Carter has finally delivered on a massively important statement, this being that TNA were to go on the road. This is needed for a company like TNA, their global reputation is on the up, and more importantly, WWE need a challenger.

WWE have been on the slow descend since the Attitude era finished, and almost hitting rock bottom a few times, see what I did there? TNA’s announcement could push WWE back into the limelight, but it isn’t this easy, WWE have a lot of wrongs to make right, it wouldn’t come over night.

TNA are doing so well for a few reasons, they’re searching for full blood wrestlers, and this is before the entertainment aspect comes into it. WWE look for entertainers over quality wrestlers, for easy comparison, look at the TNA Knockouts compared to the WWE Divas, the Knockouts are in a whole different league, and they can actually wrestle!

The X division is another massive plus for TNA, WWE collapsed the cruiserweight division, bad mistake. TNA are constantly hiring new talent into the X Division to keep it alive and different. WWE stuck with the same constant faces and it really didn’t feel right. WWE need to have something similar in place, just to mix up Raw, it’s a massive 3 hour show, which includes 2 hours of sleeping.

WWE have a brilliant developmental base in NXT, we need to see more of the developmentals on raw, we got lucky seeing Bo Dallas, the number of views will go up dependant on surprise, there are a lot of amazing talents in NXT, you only have to look at the Shield, Ryback and Bo Dallas to figure that out.

TNA are going to develop no ends when out and about on the road, Different fans will see new content, and it won’t take long before SkySports are looking them up wanting to broadcast them!

The WWE really have a fight on their hands, how they react could define the future of them and International wrestling as a whole.

Many of you guys don’t know, that I’m not that great of a TNA fan, although James Storm is my favourite wrestler of current! But I really want them to challenge WWE, we want better programming!

Thanks for reading!
Nick Mason
@MrNikosMason