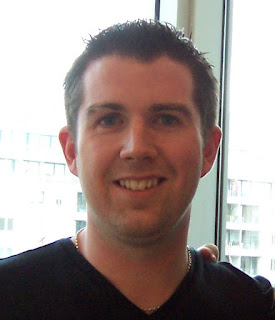 Thanks for joining me today Brian, everyone will know you as the editor of FSM which covers all aspects of pro wrestling but today we'll talk about the indies.

1. So Brian, what year did you begin watching the indies and what promotions etc?

I was lucky in that I was made aware of ECW way back in 1993, and I'd even read about the Tri-State Wrestling Alliance before that. Some of it was pretty wild content for a 12-year-old! Smoky Mountain Wrestling was also producing some great stuff. It was a great time to want to learn more about the business.

2. From around this time any standout matches or workers come to mind?

Nobody had ever seen anything like Sabu in 1993, and unless you were a real old-school, Jack-Brisco-or-nothing kind of fan, you watched him in awe. A year or two later, ECW gave amazing technicians like Chris Benoit, Dean Malenko, and Eddy Guerrero a shot, and in Smoky Mountain The Rock'n'Roll Express and The Heavenly Bodies (both with Stan Lane and Jimmy Del Ray) were capable of great matches. If you put me on the spot and asked me to name a memorable match, I'd say Sabu vs. Terry Funk vs. Shane Douglas from The Night The Line Was Crossed. Don't forget the amazing promos thereafter.

3. Even though they made it to PPV in 1997, ECW were basically an indy, I began watching them in 94, what about yourself and any standout memories?

Pretty much covered it in my last answer, but I have to say that, for me, most of the magic of ECW was gone by the time they hit pay-per-view. The shows didn't look the same as the dark, dank early recordings from the ECW Arena. With those, you got the feeling you were watching someone special, that no-one else really knew about.t.

4. When we hit the 2000's the indies really became prevalent and following the King of The Indies tournament ROH was formed and I for one was hooked. Although very substandard where production values go, the in-ring action was superb, thoughts on the early days of ROH?

The early days of ROH were far removed from the indies of ten years beforehand, probably because the talent in 2002 ROH was mostly new, whereas the likes of ECW and SMW were filled with veterans who could still go, given the correct platform. That's not to take away from ROH, because with Low Ki, American Dragon, and Chris Daniels around, the matches were great. It was remarkable that Eddy Guerrero participated, too.

5. Staying with ROH, they have seen a number of changes over the years both with talent, bookers and management tell us, in the 11 year history of the promotion what was your favourite period from the company and why?

It would be difficult to look past Bryan Danielson's initial title run from 2005-2006, and of particular note to me were his bouts with Colt Cabana and Nigel McGuinness, which were remarkable for different reasons. Danielson showed that he had so many strings to his bow in this period; it's no surprise that he's been a success in WWE, even if we occasionally mourn that those ROH-style epics are largely not going to happen in WWE.

6. Another top indy company in the last 10 years or so has been PWG, they used a lot of the ROH talent and still do, I know you're a big fan of the PWG product tell us some of your favourite matches/moments from their shows and why you rate them so highly.

It's funny, because PWG has forced me to re-think what I like and don't like as a wrestling fan. Ever since I started watching Japanese wrestling at age 12, I valued workrate very, very highly, and I admired Chris Benoit's endeavour in the same way that I did, say, Roy Keane, even though I knew that wrestling wasn't a true sport. But PWG blends hard-hitting wrestling and humour so well, and constantly features little twists on moves and spots that we've seen for years in wrestling, and sometimes I can't help but really enjoy silly spots that the sports fan in me should hate. I highly recommend PWG to anyone who feels that wrestling isn't for them anymore.

7. In the UK we have some tremendous workers and promotions and without me alienating any some who get a lot of coverage on the Internet etc are Southside, PCW, Fight Club PRO & PROGRESS, what do you make of the scene at the moment and from what you have seen tell us what you've enjoyed etc.

A lot of people don't realise it, but we're on the cusp of a glory period for British wrestling right now. That's not to be taken as a suggestion that wrestling is going to be back on ITV anytime soon, because it's not, but it's a reference to the great shows taking place all over the country at the moment, from any number of excellent groups. Right now, you could decide not to bother checking who's on the card and still be virtually guaranteed a great time at Southside, PCW, PROGRESS, ICW, NGW, Fight Club: PRO, ATTACK! Wrestling, Revolution Pro, and others. It's a great time to be a UK wrestling fan.

8. I will ask you like I'll ask anyone involved in the British scene, there have been a lot of imports over here in recent years, do you think this is a good thing for British wrestling, where do you stand on the subject?

I love seeing the imports come in and work with UK wrestlers. Not all of the imports are equal in meaning to everyone, but how can you argue with Prince Devitt showing up in Southside to battle El Ligero? Or Adam Cole versus MK McKinnan at Fight Club:PRO? From a fan's perspective, it's fantastic, and while UK promotions should always have a backbone consisting of local workers, when great talent comes in to work in the UK, it can only be a good thing.

9. Rockstar Spud is someone I know relatively well and I have seen him take his character to new levels over the last 12 months, how do you think he'll get on over in TNA?

I'm slightly concerned as to how he'll be booked in the States, especially considering that the U.S audience hasn't seen British Bootcamp, and doesn't know him. But if Hulk Hogan keeps to his word, he can have a role to play in TNA, and I have a lot of confidence that he can do a great job there.

10. Finally Brian, I talked about imports earlier, Kevin Steen is coming to the UK this year for Southside and PCW where do you stand on the Steen front, many like him but there are some who think he is in a position maybe he shouldn't be for various reasons, I personally enjoy his stuff, how about yourself?

I like Kevin Steen a lot, although I find his character much more three-dimensional in PWG than in ROH. He's in the midst of what should be a great feud with Adam Cole in PWG, and I'm looking forward to seeing how that plays out. He wrestles Jay Lethal this weekend for Ring Of Honor, and whether he loses or retains the title, I do wonder what opponents are going to step up and have an engaging feud with him there. ROH has a lot of great talent right now, but the group needs a new spark.

Thanks for your time Brian, the floor is yours to plug anything you want.
We are currently offering 14 issues for £29, whereas it costs £49 to make the same purchase in the shops. You can subscribe for 12 months (two extra issues are free) at http://www.fightingspiritmagazine.co.uk/magazine/subscribe
Posted by WrestleFigsUK at 10:29