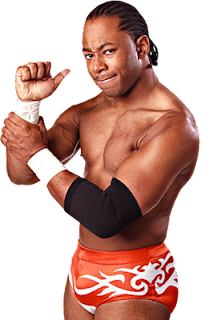 On May 25th Southside Wrestling Entertainment bring you the second annual Speed King show from the Rushcliffe Arena in Nottingham. Already announced for the show are rising independent Lucha Libre star Samuray Del Sol who will be making his UK debut also announced, Dean Allmark, last years winner Marty Scurll and his LDRS partner Zack Sabre Jr. and now as you may of guessed by the picture, also making his way to the UK for Speed King will be former TNA and current ROH star Jay Lethal.

Since leaving TNA and returning to ROH Lethal has been the ROH TV champion and is currently working his way up the card as he tries to get a match with current ROH champion Kevin Steen.

This is a great coup for SWE so get your tickets now for this what I'm sure is going to be a great event. All the details you need are below.

There are also family ticket options.