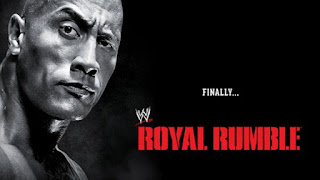 The Royal Rumble takes place this Sunday. The Rock makes his return this Sunday; Cm Punk reigns champion for 434 days this Sunday. 30 men fight for one dream this Sunday. After all the facts have been laid out, the real question is who will come out on top this Sunday?

The Royal Rumble is a Pay Per View that fans looks forward to each year, simply because it's exciting, different and most importantly sets us up for the road to WrestleMania. This year we can expect a lot of fun, excitement, surprises and drama. What we all expect is that John Cena will win the Rumble. This will NOT happen. I personally believe that Cena will not walk out the winner of the 2013 Royal Rumble. I believe the winner should be someone who is upcoming and actually needs it. (We all know Cena will end up in the main event of WrestleMania regardless of winning the Rumble.) Now you may ask who will win it? There are four other possible winners. Orton, Ryback, Ziggler or Sheamus.

Moving away from the Rumble match, we have Team Hell No vs. Rhodes Scholars. Simply I believe the tag titles will change hands. However the titles will not change hands via a clean win, The Shield will have something to do with costing Kane and Bryan the titles. This sets up a perfect WrestleMania contest between Ryback, Team Hell No and The Shield.

The match that I have waited 10 years for is just a few days away. Finally The Rock will win the WWE Championship after 10 years 6 months and 8 days. The only thing stopping him is the most dominant WWE champion in 15 years, for 434 days the Best In The World Cm Punk. My honest opinion is The Rock winning. However I prefer Rock winning the title at the Elimination Chamber, just to prove that Punk is dominant. Again Punk won't win straight up.

The only way Punk can retain the title is:

A. Lesnar returns and costs Rocky the match (this is a long shot)

B. Since The Shield cannot interfere in the match, maybe new members could come and attack Rock (similar to Barrett vs. Cena. Husky and Michael Mcgilicuty made their respective debuts and cost Cena the match. )

C. Brad Maddox. This man is the wild card in this contest. I'm sure Maddox will interfere somehow. My prediction is that he might run in whilst the referee is knocked out and attempt to count The Rock's shoulders down for a pin fall.

The Royal Rumble is always exciting and doesn't forget to make fans jump out of their seats or scream "holy shit". This year will be no different! The road to WrestleMania begins on Sunday! Time to kick back, relax and enjoy the best 3 months of wrestling in the year!