Justin Credible is Back!!!

The Following press release was sent to me: 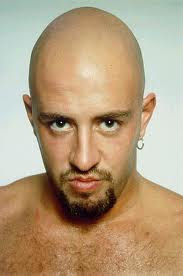 WATERBURY, Connecticut (October 11th, 2011) – There comes a time for everyone when they realize what their true purpose is in life. Apple, Inc. founder, Steve Jobs once said, “Sometimes life's going to hit you in the head with a brick. Don't lose faith. I'm convinced that the only thing that kept me going was that I loved what I did.” That same brick Jobs is talking about, hit Peter Polaco, also known as, Justin Credible in 2006 when the WWE wished him well in his “future endeavors.”

Polaco’s storied career peaked after winning the ECW World Championship title in the early 2000’s. The demise of ECW led to Polaco resurfacing in WWE, where he would go on to become 8-time Hardcore Champion. His career would also place him in promotions, such as, TNA (Impact Wrestling) and Ring of Honor before receiving those best wishes from WWE in 2006. This was the turning point in Polaco’s career. Polaco says, “From 97’ to 06’, I was living a dream. I had friendship, success and respect from my peers. After my release in 2006, I felt like I lost my way. I had a very hard time adjusting from being on the road nearly 365 days a year to only working a few times a month.” He followed with, “From 2006 until now I have had ups and downs, meeting economic challenges like everyone else. I have regrets about decisions I’ve made, but I am a much different person now than I was even a year ago. I am 37 years old and I am not ready to quit on the industry I love. I’ve been blessed with an injury free career and feel I have many, many more entertaining matches left in me.”

The resurrection begins now! Polaco is back where his career started, on the road, working the independents. A recent show for Fight the World (FTW), based out of Long Island, NY has landed him a permanent gig with the federation. FTW promoter Sean Stern said, “Peter is a great talent, I booked him and he was everything the crowd expected.” Independent promotions, like FTW, are all over the United States and there isn’t a location that Polaco won’t visit. Polaco mentions, “I want a chance to show every fan, wrestler, and promoter out there that the resurrection of Justin Credible has begun.”

Polaco recently debuted a live, web-based, interactive show that airs on Thursday’s at 7 p.m./Eastern. The show started with a core group of viewers and has now grown each week since its inception, earlier this month. His live show allows wrestling fans of all types to interact with him through a question and answer session. Polaco expresses, “It has been great interacting with old friends, as well as, new fans that have seen me on the indie circuit.” Since the show’s debut, Polaco has received hundreds of friend/fan requests via Facebook. As Peter says, “That is, just incredible! I think I’m creating a unique connection to my fans with this show.”

Polaco has rediscovered the passion which drove him into the wrestling industry seventeen years ago. Polaco says, “You only live once… all I can do now is focus on showing the world that the best of Justin Credible is yet to come.”