The Indy Scene, Can it be saved by Honor? by James Caine 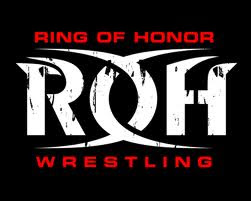 Truthfully, I've never cared for the Indy Wrestling Scene. It's like watching a High School football game. To me the people who talk about the Indy wrestlers like they are so much better than WWE, or Impact Wrestling stars are idiots who probably support 'underground' music. To me, there is no such thing as 'Mainstream'. Mainstream is just a cop-out way to say that people have sold their talent for money. But isn't that what everyone wants to do? Nobody wants to work their ass off for free.
So we move forward to the point of Independent wrestling federations. What makes them so special that all those Smarks out there talk so big about them? The answer, absolutely nothing. The only difference between them and 'mainstream' wrestlers are a few zeros on their paychecks, well that and a few more ounces of drugs, but that's besides the point.
So what does Ring of Honor have to do with any of this? Recently Ring of Honor has been pushing for a major television time slot. Will this make Indy wrestling more popular? Will ROH become the Premier Indy Wrestling company? Well if Music and history have taught us anything, the answer to all these is a resounding no fucking way. In fact quite the contrary, Now you will have all those imbecilic smarks out there who used to cheer and promote ROH as the best Wrestling company in the world, calling ROH a bunch of sellouts, mainstream losers, and the like.
Why do people do that? Most people don't know the answer as to why people turn on something they once cheered, (Like John Cena and Hulk Hogan), but I do. The reason people turn so easily, is related to a book I once read. That book was called the 'Wizards First Rule', within the book is (Obviously) the Wizards first rule which states quite clearly, "People Are Stupid. People can be made to believe any lie because they want to believe it is true, or because they are afraid that it is true."
So what in the name of JR's great barbeque sauce does a fantasy book have to do with Independent Wrestling? People are stupid and will believe that ROH is now 'mainstream' because it has a primetime television slot. So just because your Independent wrestling company is on Network television and your roster of once awesome stars receives a bigger paycheck... the world now hates you for selling out, and everyone on that roster now magically sucks overnight.
In closing, nothing can save Independent Wrestling because it doesn't need to be saved. People just need to grow up, grow out, and grow some fucking brains. There is no difference between the mainstream wrestling and the independent wrestling circuits.
Posted by WrestleFigsUK at 20:02