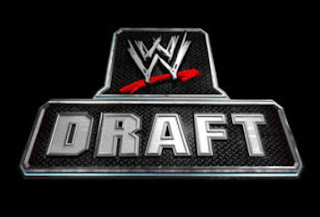 The 2011 draft is on the horizon and the internet is full of speculation of who is going where and just what will happen?

The 'word' is, this draft has been brought forward because Edge has retired and Smack Down is in need of a 'main eventer' as The Undertaker works less than a part-time schedule. From RAW who can go to SD as a main eventer, the good money is on Randy Orton, as not only do they need a main eventer they need a baby face and I can't see it being John Cena moving over so I think Orton is a given. With Del Rio as champion on SD and Orton chasing him for the belt I think will garner interest from fans of the show and up the ratings and maybe even PPV buyrates.

I'd like to see Daniel Bryan leave RAW and go to Smack Down in the hope he can have more wrestling matches even though WWE don't do 'wrestling' anymore. Alex Riley could do with leaving RAW to get himself away from The Miz but in saying that, unless they are taking the strap off Miz, he propably needs Riley as he will act the cowardly heel who needs outside interference to hold onto the belt.

Sin Cara is apprently getting heat backstage at RAW for general attitude and 'botching' spots. Could he be moved on already or if Vince wants to punish him is that the answer, changing his brand or should he just ship off to FCW? A lot was made of Cara not having to go to FCW beforehand to learn the 'WWE' style, maybe they regret that now.

I can't think of too much that could happen in this draft to surprise me really. WWE is not really my thing and now they have taken wrestling out so I just think WWE programming, moreso RAW because it's live and on Monday nights, is going to become more of a skit based show rather than actual matches hence the use of all these hollywood writers over the years, I mean the guy who is all over the internet at the moment Dave Lagana (http://iwantwrestling.com) was a writer on the TV show Friends before he got his job with WWE and that is the general jist of WWE which it has been for years and the writers get all the heat when the product isn't the best, but is it really their fault? Vince says what goes.