How I would Book Survivor Series '12 By Daniel Bradley 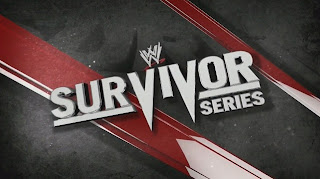 How I would book Survivor Series ’12 to Wrestlemania 29 for The Rock, Brock Lesnar, CM Punk & John Cena and why I think it is the best way to go.

First of all, I’ll tell you what matches I’d have at Wrestlemania 29: The Rock vs. Brock Lesnar and John Cena vs. CM Punk.

Now I’ll explain why: The Rock is the biggest draw. Non wrestling fans or old wrestling fans may just buy the PPV to see The Rock vs. Brock Lesnar. It could be built as ‘Hollywood Actor and WWE Icon vs. Former UFC Champion’ (since WWE have no problem acknowledging Brocks UFC run). The Rock is one of the WWE’s biggest draws of all time and Brock Lesnar is one of UFC’s biggest draws of all time. No matter how you put it, it sounds interesting. The Rock is 6’4, 260lbs and Lesnar is 6’3, 275lbs; they are two big, strong, well known, men who could put on a show and have had a feud in the past. This would be the rematch, (The Rock put over Brock Lesnar big time in 2002 at SummerSlam). As far as CM Punk vs. John Cena goes; why not have the face of the company and the top heel face off in the main event of “The Grandest Stage of Them All”? It would be the final blow off. After all that’s happened this year; after all the losses and I don’t care what you say; John Cena deserves the WWE Title, and yes, this would be the WWE Title match.

No WWE Title match. This match would be replaced with a 10 man elimination tag match. Ryback, John Cena, Kofi Kingston, Rey Mysterio & Sin Cara vs. CM Punk, Dolph Ziggler, The Miz & The Prime Time Players. What better way to elevate the tag division by making 2 teams a part of the main event of one of the ‘Big Four’ (The other three being Royal Rumble, Wrestlemania and SummerSlam, obviously). Same with Kofi and Miz; what better way to keep their feud interesting; mix them in with the guys at the top. You might be thinking that there’s nobody to fill the rest of the card, I’ll just throw in a few names who can be used to build the rest of the card: Orton, Barrett, Del Rio, Sheamus, Big Show, Kane, Bryan, Rhodes, Sandow, Brodus Clay, Cesaro; need I go on? In the end; Cena and Ryback would be victorious, with Ryback pinning Punk.

WWE Title: Who has this been surrounding recently? That’s right: CM Punk, John Cena and Ryback. Put the three of them in a TLC match, you might not have the best TLC match ever but it makes the most sense. I won’t go into too much detail, Punk retains. Due to the fact he isn’t pinning anyone to win; Ryback will still not have been defeated cleanly by pin fall so the loss doesn’t hurt him too much.

Royal Rumble Winner: Ryback, he has the momentum now, may aswell give him a Rumble win and send him after the World Title.

The Rock vs. CM Punk: I have previously stated the reason, I would have Punk retain so that it’s CM Punk vs. John Cena at Wrestlemania. No one would see it coming. Everyone expects The Rock to win. The finish of the match would be: The Rock hits a Rock Bottom and a People’s Elbow and goes for the pin. Referee is pulled out of the ring by Heyman and thrown into the steel steps. Rock see’s Heyman and chases him backstage. Backstage; Lesnar appears and attacks Rock, forcing him back down the ramp and into the ring. Punk hits a GTS on Rock but the referee is still down. Whilst Punk is out moaning at the referee to get up; Rock gets up and drags Punk into the ring where he attempts another Rock Bottom but is attacked again by Lesnar, who gives him an F5. Heyman throws the ref back into the ring before Punk drops an elbow off the top for the win, retaining his WWE Title.

We later find out that Heyman knew Lesnar would be there, Lesnar says Heyman told him if he helped Punk he’d get a Title Shot a Wrestlemania. Punk says no way, stating he never needed help which causes an argument between Punk, Lesnar and Heyman. Later in the night (RAW) The Rock calls out Lesnar and the show goes off the air after a brawl with Rock and Lesnar involving half the roster (Similar to the one in April involving Cena). Eventually; Lesnar ends up forgetting about the Title and his main focus is proving to The Rock that he was better in 2002 and he is still better in 2013.

There are Elimination Chamber qualifiers in the weeks leading up to the PPV. The six superstars involved end up being: CM Punk, John Cena, Miz, R-Truth, Kidd & Cesaro.

John Cena enters first with The Miz, followed by Cesaro, R-Truth, Kidd and CM Punk. Cena eliminates everyone (except Miz) before Punk has even entered. When Punk enters; he and Miz double team Cena. Punk hits a surprise GTS on The Miz; eliminating him from the Chamber. After a little back and forth; CM punk defeats Cena cleanly, but of course CM Punk entered last and Cena was first so the loss doesn’t hurt Cena, but gives a tonne of heat to CM Punk.

The Rock defeats Brock Lesnar and John Cena defeats CM Punk to become the new WWE Champion. Both wins are clean and the matches run about 25-30 minutes.

This leaves the door open for The Rocks vision. To one day become WWE Champion again; perhaps Wrestlemania 30?

Who knows!
Posted by WrestleFigsUK at 15:39