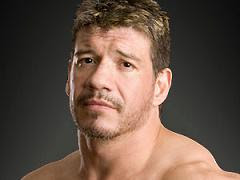 Imagine you are the youngest son in a large wrestling family. Your father is one of the all-time wrestling gods in Mexico. Your older brothers have all had success in the wrestling business, all around the world. You love wrestling and decide to follow in the footsteps of your family. Many people tell you how hard the wrestling business is. They tell you stories of the struggles your father had to deal with in Mexico and the U.S. They tell you stories of your brothers constantly traveling all over the country, encountering racism, shady promoters and working through injuries to ultimately get to where they did.

You hear all this, but you decide you want to go for it anyway. Your father and your brothers are your hero's and you love wrestling, plus it's in your DNA..... You were born to wrestle.

So the years pass, you train, travel and wrestle. Sometimes for little money, sometimes for no money. Many nights you are alone probably asking yourself why you do this? As you become better and better, you hear some say you will never be as good as your father or brothers but you press on.

Mexico, Japan, all over the U.S. Eventually you catch a break and start to find success. All over the world. Your name begins to gain a reputation. Finally after all your hard work, you get the call to the big show. You have your ups and downs. You fight through that and some
how you manage to reach the very top.

The first time I saw Eddie Guerrero wrestle, I was 14 years old. He and his tag team partner Love machine (Art Barr) made up the team called "Los Gringos Locos" in the upstart Mexican lucha fed, AAA. They were arguably the two most hated men in Mexican Lucha at the time, mostly because Eddie had turned on his original partner in AAA, El Hijo de Santo. With their stars and striped gear and antagonizing swagger, these two men were capable of inciting a riot at the drop of a hat. They berated their opponents, fans and anyone who got in their way. Unlike many foreign heels who wrestled in Mexico, they did not resort to cheap antics like throwing tortillas at the crowd or calling them racist names. Little things like a wry smile, a hand gesture or a stare at the perfect time were enough to drive the rabid fans crazy.

Aside from being master phsychologists, both were excellent in the ring. With an athletic, superbly technical and high wire style, Los Gringos Locos were two of the best to ever set foot in a AAA ring. They eventually engaged in a heated fued with my favorite wrestlers at the time "El Hijo de Santo" and "Octagon" which resulted in one of the greatest matches ever (Dave Meltzer gave it 5 stars) at "When Worlds Collide", AAA's 1994 PPV that received high praise in the wrestling community at the time.

At the time I hated Eddie. His smug demeanor, the way he mocked his opponents used to hook me. I could appreciate his ring work, but whenever he stepped into the ring I wanted very bad things to happen to him! In retrospect, I realize that already way back then, he was a master of the mind. Even back then he knew how to manage a crowd. He paid attention. Unlke many wrestlers of today, who many times map out a match and regardless of the response work that match, Eddie moved and flowed off the crowd.

In that match vs Hijo de Santo and Octagon the stipulations were 2/3 falls and masks vs hair. In a see saw battle, Los Gringos Locos ended up losing the match and their hair. I watch the match now, and I am in awe of the ease in which Eddie and Love Machine were able to play up the cutting of their hair to bring utter joy to the fans that hated them so!

Eddie eventually made his way to ECW probably not knowing at the time how much this move would impact his career. While at the fast rising promotion, Eddie and his buddies Dean Malenko and Chris Benoit brought something completely different from anything previously seen in ECW. Extended, high level, technical matches. slow buildingin ring storytelling, that was a change of pace on the ECW cards.

Eddie had some great performances in ECW. The match that stands out for me is the farewell match Eddie and Dean Malenko had right before they were to leave for the greener pastures of WCW. By the time the match was to begin the crowd at the ECW arena was aware that both Eddie and Dean were leaving. Joey Styles introduced the two men. Throughout the introduction, the crowd was electric yelling Eddie's name in unison. As this was going on, you could see the emotion in Eddie's face. The appreciation. To start the match, the two men shook hands.

As the bell rang, the crowd broke out into a "please don't go" chant. You could see that the two men, really wanted to leave these fans with a lifelong memory. Throughout the technical clinic the crowd hung on every move.

At the time I remember no longer hating Eddie, rather feeling pride. I was proud to see someone that looked and talked like me being so great at the sport I loved. Someone who not only was Mexican but American too. watching Eddie get the respect of a hard to please crowd was better than watching my favorite football team win the super bowl.

Ultimately on the last fall of the 2/3 match both men's shoulders were down at the count of three, which was only fitting. After the match both men thanked the crowd for accepting them and appreciating them. After they were done many wrestlers came out of the locker room to send them off. A truly special moment in wrestling hstory. At the time I thought it would be tough for Eddie to have a better and more emotional moment in his career. How wrong I was.

While in WCW Eddie was part of a wrestling revolution. Even though luchadores and cruiserweights began to gain some popularity through ECW, they did not hit the mainstream of wrestling till they arrived in WCW.

I remember no matter what I was doing, I always dropped everything 5 minutes before Nitro started. You see Nitro would kick off with a cruiserweight match damn near every show. The matches were fast high flying, exciting. Growing up watching Lucha, then transitioning into American wrestling, those matches were made specifically for me I thought.

The world got to know guys like La Parka, Psicosis, Silver King, Chris Jericho, Rey Mysterio and many others. Those guys were great, but for me Eddie was the king of the cruiserweights. Whether he was a face or a heel, I always rooted for Eddie.

Eddie had some memorable matches in WCW. Many vs Rey, some vs Dean. Others with Chris Benoit. With trips to Japan mixed in where he wrestled as Black Tiger, In my opinion I thought Eddie was the best wrestler in the world at this time. Regardless the opponent or the style, Eddie could work a great match and make his opponent look great. Something he continued to do right up until he left us.

I always thought Eddie was at his best when he incorporated portions of his own personality and maybe drew from things in his life. At times in WCW you could tell he did things other people who had no clue how to use him, would have him do. It wasn't him and it did nothing for him. At times you could see the frustration come out. It was only a matter of time.

Eventually Eddie and his pals packed their bags and made their way to WWE. Around this time as the internet became more prominent, I started watching more and more Japanese wrestling and sort of lost touch for a while with Eddie and WWE. After some hits and misses, I guess Eddie was dealing with some personal stuff and ended up being let go.

Eddie evetually worked through his problems, got back on the horse and worked his way back through the Indies. Along the way taking part in the historic first Ring of Honor show, where he put aside his personal ideas for the better of this company that had just started, and put over Super Crazy in an IWA Intercontinental title match.

This match was special for a couple reasons. First of all I think it shows how much guts Eddie had. He could have played the high status card and bragged about having wrestled in all the major promotions and told Ring of Honor there was no way he would allow himself to be beat. I'm sure it happens all the time, but he didn't. After expressing some frustration, he put over Super Crazy and gave him a nice rub helping to add a little more credability to the Mexican luchadores career, knowing it was the best thing for the show and Ring of Honor. This match was also special because many say this match helped springboard him back to WWE. Personaly I don't know if its true, but I'd like to believe it because it makes a hell of a story.

When Eddie returned to WWE you could tell he was a man on a mission. You could see it in his ring work and his promos. he was gonna let it fly. he was going to be Eddie and you know what? It worked.He got over with the fans and had a ton of success, and if you looked closely you could see he was having fun.

Before I wrote this, I watched several of Eddie's matches to gain some inspiration and refresh my memory of some things. The last match I saw was his WWE title match vs Brock Lesnar at "No Way Out. The two engaged in a super entertaining match, with a ref bump, Goldberg run-in spear(WTF?), near fall and flying DDT on the belt finish, with Eddie pinning Lesnar. Immediately after he won, Eddie did a Lambeau leap into the crowd.You can see the genuine joy in his face. I rewound that part several times. Each time pausing right as the camera zoomed in on his smiling face. I couldn't help but try and figure out what was racing through his mind at that moment. He looks so happy. As I watch, I think back to moments in my life that have made me feel really good and wonder if thats what he felt. Michael Cole references Eddie's mother and his brother Mondo. The camera cuts to his mother and brother, and they look so proud of him. As I watch alone at my desk, I can't help but applaud. As if I was watching it for the first time.

Eddie Guerrero came into my life 20 years ago through a TV while I watched Lucha with my mom. Throughout those 20 years my life has changed dramatically, but through it all wrestling has been the thing that I can turn to that always brings a smile to my face, and Eddie Guerrero was one of the main reasons. In my mind there might have been some just as good, but there will never be better. We miss you Vato.