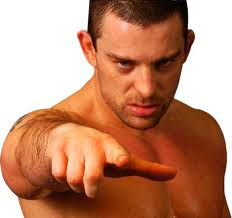 Davey Richards announces that 2013 will be his last year in pro wrestling. Recently I heard a podcast with Richards where he said this so it’s not one of the hundreds of internet rumours that flood the world wide web on a weekly basis but also, it’s not the first time I’ve heard him saying he’ll be retiring.

Yes a couple of years ago, Richards said he was going to retire and it never happened, he was drawn back in probably with the promise of an ROH title win, which we all know he got at Best In The World 2011 when he defeated Eddie Edwards.

Davey Richards claims to be the best in the world and I have many times said just the same thing, he has had so many great matches to list them here would take ages and I can guarantee I’d miss some off but in saying that, Richards has many haters. He has a reputation for not selling in his matches, this was something I always ignored and looked past, well to be honest, just disregarded it but in the last year or so in ROH I did notice this but as an indy fan, I got to see many matches from Davey in not only other indy promotions but other countries, more specifically Japan and I notice Davey does sell so it must be a ROH thing where he doesn’t want to let his guard down or it’s just he thinks as the top dog in ROH he finds it hard to, only he could answer that really.

When all said and done, if Richards does retire in 2013, pro-wrestling will lose for me a top, top wrestler and will be remembered for many great matches by me and these are just what have happened up to now, he has the rest of this year and next before he does call it a day if he actually does. I have met Richards, shook his hand and had a photo taken with him but I have never seen him wrestle live but this August he is due for a tour of the UK with some of the great companies we have here like Fight Club: Pro, SouthSideWE & FutureShock so I hope, I get to see him wrestle live at least once before he hangs them up.

Follow me on twitter @WLHSTU or @TheIndyCorner also, please LIKE http://facebook.com/TheIndyCorner and listen to past episodes of the show over at http://theindycorner.podbean.net
Posted by WrestleFigsUK at 05:29