Jon Jones & the Death of UFC 151 By Shaun Nichols 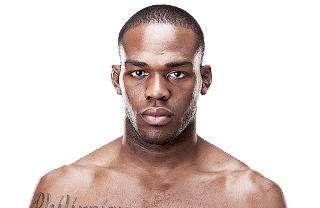 On September 1st Jon Jones was scheduled to defend his Light Heavyweight title against Dan Henderson, however Henderson was forced to pull out of the fight due to injury. Determined to keep the PPV alive, Dana White called Chael Sonnen to see if he would be willing to take the fight with basically no notice.

Chael Sonnen had moved up weight classes after losing twice to Anderson Silva, and already started a twitter war with Jones which basically involved him mocking him over his DUI conviction. Jones had responded that he would not fight Sonnen, though that wasn't the only thing he had said in the last few days. Jones had recently remarked that he had no interest in defending his title for a second time against Lyoto Machida saying that Machida was a difficult fighter but it would not be a very marketable fight and he would rather fight against fighters that would be bigger PPV draws. In essence fighting Machida was a big risk for a small reward.

Sonnen who is arguably the best fighter in UFC in actually hyping up a fight agreed to take the fight against Jones without actually having a training camp. Jones who of course had basically been through a full training camp so was at his peak from a training point declined the fight and basically forced the cancellation of UFC 151.
His trainer Greg Jackson argued that it would be unfair for Jones to defend his title against an opponent that he had not trained for with hardly any notice. Dana White had a slightly different view labelling Jackson a 'fucking sport killer', Sonnen also stated that this was the first time he was aware that an healthy main event champion had refused a fight. He then suggested Jones was a bully who wanted to pick his opponents while he was a stand up guy who would fight anyone who he was asked to.

It's pretty curious to try and work out why Jon Jones's camp would actually refuse the Sonnen fight if you actually try and take in the bigger picture. Jones's argument as to why he didn't want to fight Machida was that it was not a fight that the fans would want to see, Sonnen just through his ability to promote a fight would have given what Jones seems adamant he needs which is a big pay day.

Not only that if you were to look at a Jon Jones vs Chael Sonnen then even if both fighters had the same preparation time then most MMA fans would expect to see Jon Jones be victorious. Yet if he would have taken the fight he would have the advantage of having the training camp so you would think that he would be more likely to win the fight now then if they both had the 90 days preparation.

Leaving Chael Sonnen to one side, by taking the fight Jones would have been able to strengthen his hand when negotiating in the future with UFC. Now he finds himself in a position where he has not only annoyed Dana White but has opened himself to all kinds of accusations, he's going to have an hell of a time calling himself a fighting champion now.

Worse still his advisors will have to accept, that cancelling the fight and as a result forcing the cancellation of the actual show as done considerable damage to his image and brand. After agreeing a deal with Nike to launch a new range of merchandise this seems a particularly bizarre time to then something that will affect his popularity with fans especially when he wasn't particularly connecting with the UFC fanbase as well as many people expected. The Nike deal may still be successful, but if the aim was to turn him into something akin to MMA version of Tiger Woods were everyone wants to be associated with you then this is not the way to act.

UFC and the PPV cable companies have to be greatly frustrated by Jones's refusal to take the fight, the UFC 151 was expected to be one of the bigger shows of the summer. As well as losing the PPV income which effects both UFC and the cable companies, but UFC will also have to take the hit by refunding ticket sales which including casino buys was likely over $2 million. Fans who were going to attend the show would have paid for flights, hotels etc and of course may not get their money back and not only will they not see the show they thought they were going to get but they are not going to see a show at all.

There is of course another group of people that are affected and that is the other fighters who were due to fight at the Las Vegas show. A lot of the fighters who fight on UFC shows especially on the prelims may be fighting for a few thousand dollars and to miss a payday is going to be something that will hit some fighters particularly hard. The fights are all likely to be arranged but in some cases it will take months for some fights to find a new card to appear on. As an example of that the Dennis Hallman vs Thiago Tavares fight is now scheduled to take place on the January 5th 2013, now if the fight had taken place as planned it's likely that both men would have had another fight by January or close to fighting again. That does not take into account the cost of having to arrange an additional training camps which some fighters certainly could do without having to try and cover that cost. Such things do not have to concern Jon Jones but a case could be made that he should remember those who are not in his position.

Jon Jones will defend his Light Heavyweight title on September 22nd, though it will not be against either Chael Sonnen or Lyoto Machida. Machida was offered the fight but declined stating that it was too soon after his fight with Ryan Bader on August 4th which all things taken into account is probably fair enough. Instead Jon Jones will defend against Vitor Belfort which doesn't seem to be the most appealing of title defences, Belfort has spent most of his time recently fighting at Middleweight and was last seen defeating Anthony Johnson in a catchweight fight back in January. That fight is likely going to do considerably worse at the box office than a title defence against either Machida or especially Sonnen. Which makes you wonder why for someone who is so concerned about his pay has decided on this action.
Posted by WrestleFigsUK at 08:41