What’s The Deal With The Divas? By Helen Robinson 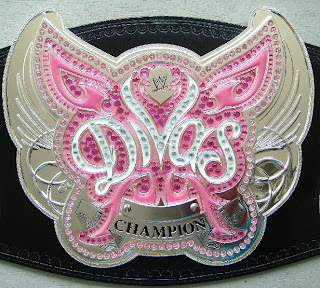 The divas matches have long since been the toilet break of WWE. You know we all do it, as soon as ‘the following will be a divas match’ is announced it’s time to either go to the toilet or make a sandwich. The matches are more often than not over quicker than sex with a premature ejaculator and contain no viable wrestling. Gone are the days of Lita, Chyna and Mickie James, women that could actually put on a show worth watching. And in come the days of Kelly Kelly, Layla and Alicia Fox. I can’t remember the last time I was the slightest bit interested in a divas bout for glory. The AJ storyline I like, however, there is little to no good wrestling involved. Are there any divas worth a mach and not just a storyline?

Natalya and Beth Phoenix are the only two viable wrestlers on the roster. Yes the other ladies are knock out gorgeous and look good to teenage boys heading towards puberty, however, as far as I’m concerned, none have any talent in the ring. Natalya and Beth are more than capable of putting on a good show, hard working, tough women who are not afraid to go the duration and get thrown about. It seems of late they have been put on the back burner whilst the other divas get some undeserved air time.

Wrestlemania saw Beth and Eve get beaten by Kelly Kelly and some tiny little woman I’ve never even heard of (she is not famous in the least in the UK) in one of the most ridiculous matches of the year. In reality, K2 and the other one would not have stood a chance! I watched in amazement as Beth picked up Maria and raised her above her head. A massive show of power! Both Eve and Beth are strong, well built women. I’ve seen more muscle on a butcher’s knife than K2 and Maria put together. Wrestlemania saw the start of Beth and Natalya seemingly becoming jobbers.
Beth lost the divas championship to Layla (as if this would EVER happen!) and several matches after that. Natalya was attacked by AJ and to my recollection the two together have not won a tag team match in a while. Such a shame. WWE is not pornography, its wrestling! They need to stop concentrating on how good people look and more on how good they can perform in the ring. Bring back the Divas of Doom. There are no viable divas that could beat them.

I don’t even want to think about the beach battle royal and Queen Diva Vickie! I feel sorry for Vickie. I read an article recently in which she said she wasn’t keen on being on screen full time, but after Vince publicly vowed to financially keep her after Eddie’s death, felt indebted to the company. Playing such an unlikable character she said she sometimes struggles with all the hate from the fans, but shrugs it off and carries on. She has great potential and used correctly could be excellent to add character to the divas division again.

And let’s not forget that this week it was reported that allegedly Kharma was released from WWE for being too fat?? Is this the message we need to be sending to the next generation?

I have no idea what could be done to revamp the divas division. What I will say is it was awesome to see Lita on Raw1000 and a good starting point as she got a great reception. She would make an excellent manager for an upcoming star. I like AJ a lot; she is however, not a very good wrestler! It’s all about Beth and Natalya for me. Given the right push they could massively improve the prospects of the divas division. Maybe then I’ll watch the fights rather than making a toilet break! TNA is where the diva action is at (minus ‘Clare’ the porn star). I have found myself favouring TNA a lot lately. The women there actually wrestle; they last more than 2 minutes and actually beat the crap out of each other!

Until next time folks, adios!