Homicide Back in ROH, is he a failed TNA star? By Stuart Rodgers 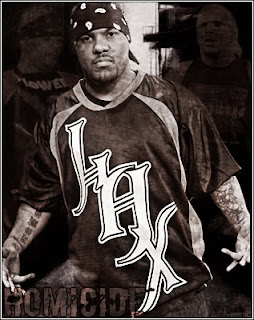 On September 11th Homicide returned to ROH following his release from TNA. I have decided on this topic because I was listening to an Observer Wrestling radio show with Dave Meltzer & Bryan Alverez in which Meltzer basically said that the ROH fans will not take to Homicide as they did when he was there before leaving for TNA as he “failed” in TNA. Alverez however disagreed with Meltzer because it wasn't a case of Homicide failing in TNA because we know, when given a chance he was easily one of the best on the roster and to be frank, got fucked in TNA. Friends of mine who have known me for a while like fellow blog contribtor Shaun Nichoils will know I was a big mark for Homicide in his days on the indies especially his days in JAPW and of course ROH. I didn't follow his career in TNA too closely but what I did see was ok but just was never going to be ROH quality action. I know Meltzer is percieved as somewhat of a guru in pro-wrestling but I think it's a bit short-sighted to think the ROH fans are that fickle even though on this very same show the same fans gave outgoing Tyler Black the “you sold out” chants for leaving to go to WWE but Homicide didn't get those same chants and when he returned to ROH for a one off show he was well-recieved. Meltzer seems to think maybe only Bryan Danielson would be fully welcomed back by the ROH fans but the likes of Samoa Joe would't because his stock has dropped so much yet I don't think so because much like with Homicide, in TNA he has been retricted by the booking and politics. I'd love to see the old guard back in ROH such as Danielson, Joe, CM Punk, AJ Styles and TNA's biggest plusses, The Motor City Machine Guns who as singles wrestlers got their main exposure to wrestling fansin ROH.
Now Homicide is back in ROH there are so many great matches on the horizon for him, new champion Roderick Strong, old foes Austin Aries and Christopher Daniels and one I am looking forward to is Homicide against Davey Richards who also announced at the September 11th PPV he was staying around and not retiring just yet, we know Davey has a shot at the ROH strap at the next ROH iPPV Final Battle in December but who will be the champion by then, here's hoping it's not Strong and maybe Homicide.
Posted by WrestleFigsUK at 22:03